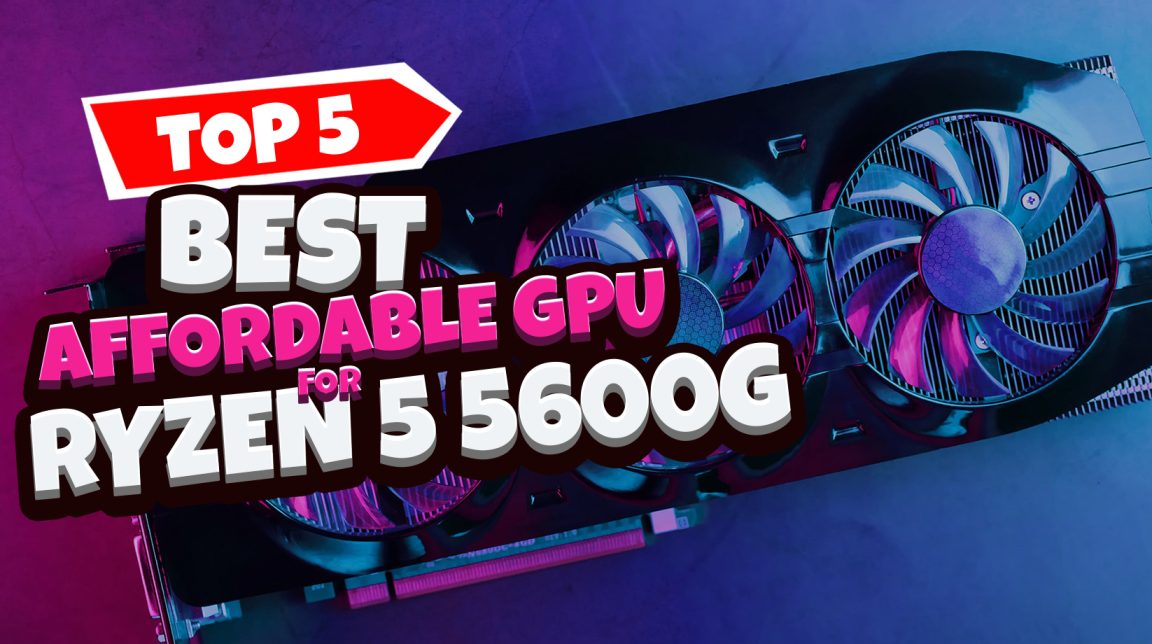 If you have been looking for the best affordable GPU for Ryzen 5 5600G, you have hit the right spot.

For those who don’t know, AMD Ryzen 5 5600G is an affordable APU — with an integrated GPU for display — that can hardly run AAA games without any dedicated graphics card. It is a 6 Cores and 12 Threads processor with a Radeon graphics card that can save you a few extra costs on a dedicated GPU if you aren’t looking for something heavy.

But budget gamers who are looking to play some excellent games on their PC without breaking the bank will need a dedicated GPU to run modern games at 60+ FPS, at least at 1080P. If you are one of those guys, I have made a list of the 5 best affordable GPUs that can easily handle most modern games at 1080P without extra effort.

Here’s a quick answer as to the best budget GPUs for the 5600G:

NOTE: We used AVG FPS on 1080 Ultra settings for the best indicator of the performance of GPUs. All data is from Tom’s Hardware Test, where they ran all these GPUs and more, on a Alder Lake Core i9-12900K test bench.

It’s pretty hard to describe the term ‘affordable’ when it comes to graphics cards. That depends on what type of gaming you want to do on your PC.

That makes it clear that every level of gaming has a different budget set. I hope that sums up the entire picture of affordability. In this article, I have focused primarily on 1080p graphics cards (with one exception). They are categorized into — Top Pick, Runner-up, Best for 4K, Value for Money, and Budget.

That said, here is some more information on the 5 best affordable GPUs for Ryzen 5 5600G individually.

What is better than playing games on a system built with a powerful PowerColor Fighter AMD Radeon RX 6600, an 8GB dual-fan RX 6000 series graphics card by AMD?

For just $200, as I write this article, the PowerColor Radeon RX 6600 gives much better performance at 1080P than the rest of the GPUs down here. If you are craving to build one powerful PC with a powerful GPU, don’t forget to add this to your cart.

The PowerColor Fighter Radeon RX 6600 comes with 8GB GDDR6 memory on a 128-bit interface with a 2491MHz boost clock. It has support for PCIe 4.0 with a throughput of 16GT/s and includes one HDMI 2.1 port and three DisplayPort 1.4.

Though this graphics card is capable of running games at 1440P and 4K, I consider this to be the best for 1080P gaming where you can expect around 80+ FPS at max ultra settings.

Overall, it is a great gaming graphics card with enough power to handle any games you throw at it without breaking a sweat.

For a while, due to chip shortages, the price was skyrocketing which made such GPUs impossible to be bought. However, with the passing of time, the GPU market has relaxed a bit and there aren’t many fluctuations in the price cap now.

One such GPU is ZOTAC Gaming GeForce RTX 3050, an 8GB GDDR6 graphics card with 2560 CUDA cores running on a 128-bit memory interface. It has one HDMI port and three DisplayPort 1.4a for display. It supports ray-tracing and we all know that RTX graphics cards are one of the best when it comes to ray-tracing implementations.

Though the price of this graphics card is close to around $300, it’s still worth the shot because of its better ray-tracing technology than the RX 6600 and also, if you are a fan of NVIDIA graphics cards.

While all these GPUs work best to run games at 1080P, if you are looking for more power that can deliver great performance at 4K as well, look no further than the ZOTAC Gaming GeForce RTX 3060 Twin Edge.

This is the most affordable 4K gaming GPU currently available that can give around 60+ FPS on games at 4K resolution at max settings.

The ZOTAC Gaming GeForce RTX 3060 is a 12GB GDDR6 dual-fan graphics card with 3584 CUDA cores running on a 192-bit memory interface. It has one HDMI 2.1 port and three DisplayPort 1.4a for display. Unlike other GPUs on this list that can pair well with a 450W power supply, I would recommend you have a 600W PSU for this graphics card.

The card can handle all AAA titles at 1080P and 1440P like a best and delivers great performance at 4K.

It’s obvious this graphics card will cost you more than the above two GPUs, but this is the price you have to pay to enjoy 4K gaming. Lastly, for that much power, it’s a great deal and serves its purpose well.

As much as 8GB graphics cards are capable of handling games at 1080P, 6GB GPUs are no less behind. And for that, the ASUS TUF Gaming GeForce GTX 1660 Ti is the best value-for-money graphics card on the list.

A 6GB GDDR6 GPU with 1536 CUDA cores and 12GB/s of memory speed, it runs on a 192-bit memory interface. NVIDIA’s GTX series graphics cards are popular for their excellent price-to-performance balance and this one too does the same. One HDMI 2.0b port and three DisplayPort 1.4 are available for display.

While you can’t expect beast-like performance from these graphics cards, they surely deliver great performance at 1080P or even 1440P. However, for modern games, you might have to adjust the settings of your game to have a seamless experience at 1440P.

That said, the ASUS TUF Gaming GeForce GTX 1660 Ti comes at an affordable price and will definitely suit the masses who can’t spend enough on a GPU for the sole purpose of gaming.

If you are having a budget of around $150, it might be hard to get the perfect graphics card that can deliver decent performance as well as fit right into the budget. It’s true that $150 isn’t a great budget, but it’s not bad as well.

The ZOTAC Gaming GeForce GTX 1650 OC can do the perfect job of running games at 1080P without breaking the bank.

It is a 4GB GDDR6 single fan graphics card with 896 CUDA cores and 12GB/s of memory speed. You get one HDMI 2.0b port, one DisplayPort 1.4, and one Dual Link DVI-D port for display. Though 4GB memory size is a little less for playing modern games at 1080P, at least for this budget, you can rely on this GPU temporarily until you get your hands on the expensive GPU.

Lastly, if you can’t afford to spend much money on a GPU but still want to enjoy games, you’ll be fine with the ZOTAC Gaming GeForce GTX 1650 OC.

This is a complete list of the 5 best affordable GPUs for Ryzen 5 5600G. Like the processor that comes at an affordable price, all these GPUs don’t cost much if you see the price-to-performance ratio.

If you want to have top-notch performance while gaming, you can go for the top pick, Radeon RX 6600. Or you can pick the RTX 3060 for a 4K gaming experience. However, if it is expensive for you, the budget GPU – GTX 1650 can do the job.

No matter what GPUs you pick, first, decide what power you expect and how much you are willing to pay. The more power, the higher the price. 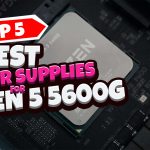 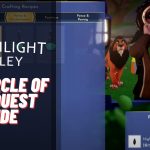