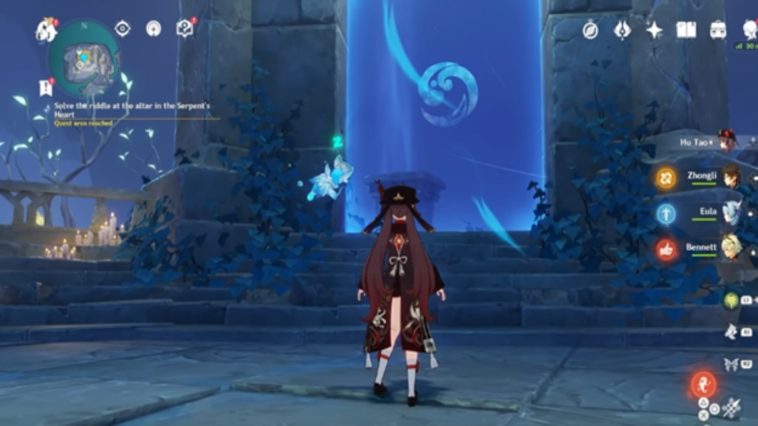 In order to continue with the other missions, you have to solve the Riddle at Altar in The Serpent’s Heart. It’s quite easy since you just need to follow a certain pattern.

So first, let’s start by noting that it needs to be nighttime to finish the quest. To make it night, in the beginning, activate the Waypoint and hit the switch mechanism that essentially activates this quest.

Now, on solving the riddle. Basically, you will need to follow the symbols in the middle of the floor. The order is marked next to each symbol.

In the photo above, you will see that each symbol has an arrow next to it. This indicates the order in which you should go through the doors with symbols.

After figuring this out, you will need to stand in front of their corresponding doors and head inside one by one, considering the order.

After passing through one door, it will take you back to the middle so just go ahead and move to the next door according to the order of the symbols, until you eventually finish all 5.

You will know that you are successful if you encounter a cut scene and a chest will appear in front of you. And there you have it, you solved the puzzle!

ALSO READ: Where To Find Starsplinter Iron In Genshin Impact 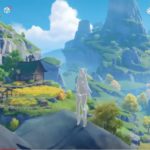 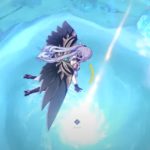