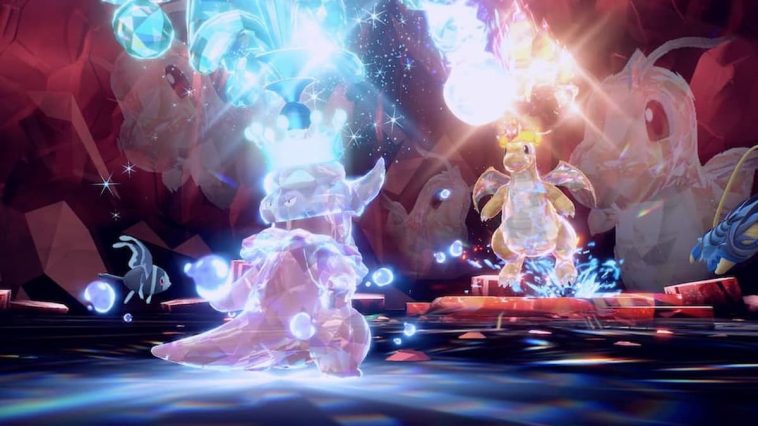 Tera Raids are another way of battling Pokemons to help them earn experience points and encounter different Pokemon in this world which are called Tera Types Pokemon.

This is, in fact, closely similar to the Raid Dens of Pokemon Sword and Shield. But here in Pokemon Scarlet and Violet, you can enter a raid either as a team or solo. You can also join on your own accord by accessing the Poke Portal or by looking for the giant crystals in the open world.

Once you enter a Tera Raid as a solo, you will be paired with a random NPC that has a random Pokemon and types.

If you think about it, soloing is a bit more complicated than teaming up because of the lack of coordination and synergy of the Pokemon types.

That being said, we made this brief guide to help you ace Tera Raids even as a solo.

The locations of all the Tera Raid Battles and Tera Raids are all shown once you access the map. These look like badges with different colors which makes it easier for you to notice them.

But you have to remember that experienced trainers are the usual joiners of the Tera Raids. Having said that, you must know some precautionary measures and preparations before you actually enter a battle.

Before you think of joining a Tera Raid, you should first check on the levels of all your Pokemon. It is because each Tera Raid has a minimum Pokemon level requirement depending on the stars of the raid.

Meaning to say, if you still haven’t reached a certain level to join a particular Tera Raid, then you have to back out for now and work on leveling your Pokemon.

Aside from the minimum level requirement, you must also pay attention to your Pokemon’s move list.

In order to check the moves, access your Pokedex and select a Pokemon, Check Summary, and go to the Moves and Stats category. Here, you must make sure that the top or priority move of this Pokemon is an attacking move.

This is recommended since there are some times that the memory will reset and it wouldn’t be the last attack to use, but the first move. So, just to play safe, make sure that you have an attacking move as your priority move.

The next thing you have to obtain is a held item for your Pokemon. You can check out the Delibird Presents to buy some of the items that can help your Pokemon gain an increased chance of winning because of the buffs it can offer.

Once you already have some of these items, make sure to assign these to the most compatible Pokemon according to their battle style, type, and skills.

Once you interact with a crystal or join a Tera Raid through the Poke Portal, you will see the level of the Tera Raid, the silhouette of the Tera Pokemon, and its type on the upper right of the tab.

Since both the silhouette and the type of the Pokemon are shown, you will have an idea of how to counter this Tera Pokemon. And since you are battling alone with a random NPC, it is better to have Pokemon that are strong and has an edge over the Tera Pokemon.

ALSO READ: Pokemon Scarlet and Violet: How to Evolve Rellor 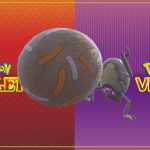 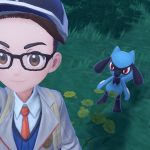