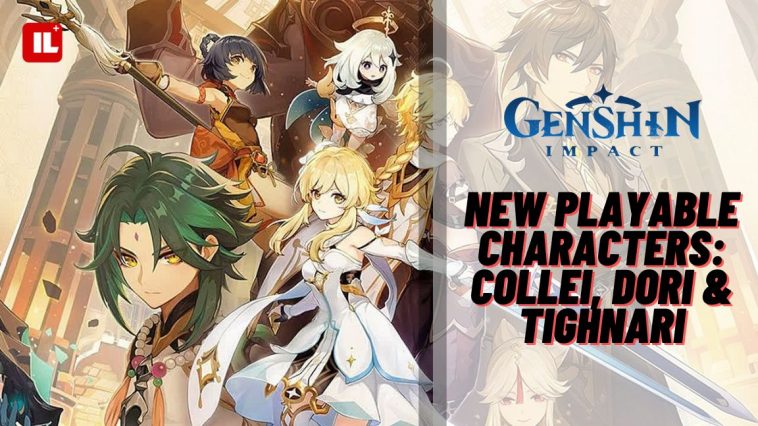 Genshin Impact is on the brink of dropping the 2.8 update, but we have leaks for the next one called Version 3.0, already revealed. Furthermore, there is official information as well from Hoyoverse on which new playable characters are coming to the game in this update. So, we will be discussing them in this article.

Players who follow leaks will already be aware of this development, but with this announcement, Hoyoverse has also indirectly confirmed that they will be releasing the Sumeru 3.0 update right after the one that drops on 13th July – which is today. While you enjoy the new content in Genshin Impact 2.8, you can enjoy more new information which reveals details about the three new characters – Collei, Dori and Tighnari. You will also get a sneak peek at how Sumeru the Dendro Nation operates.

Collei is a 4-star Dendro character who has been revealed in a tweet by Genshin Impact on Twitter. As a Forest Ranger Trainee, Collei is a bow-user who works under Tighnari. While she is from Sumeru, there are only a handful of people who truly know about her past experience before she arrived at Gandhara Ville. She is currently working in the Avidya Forest, keeping lost travellers safe from the dangers that lurk there.

You will be able to play Collei’s story quest and know more about her life, as well as her connection to the ranger Amber. Perhaps through her quest, you will be able to help the people passing through the forest, and help Collei reconnect with her past.

Dori is an Electro user who seems to be quite an elusive character. While her reputation as a merchant precedes her, the locals know her to be a genius in lamp aesthetics. She will be able to get you a wide variety of resources, all you need is to offer her the right price. The people of Sumeru consider her to be a happy pill even in the gloomiest of times. However, there are some that aren’t so fond of her success and antics, but it doesn’t seem to affect Dori.

As we can see in the tweet from Genshin Impact, Dori seems like a fun character. She is a Claymore user and might be a great addition to the team.

Tighnari is an upcoming Dendro character who is speculated to play a large role in update 3.0. As we can see in the tweet with his image, his character is more serious than the others. He seems to be in deep thought. Collei works under him, which means that Tighnari is the one who looks after the Avidya Forest. He is a quick problem solver, and his words are of great significance amongst the people of Sumeru.

There are speculations that we might be getting a Dendro character as a free unit, but it is most likely to be Collei. This would probably be locked in a quest. As for Tighnari, we look forward to seeing him in action, both in the story and in battle.

READ NEXT: Everything We Know About Pantalone aka Regrator | Genshin Impact 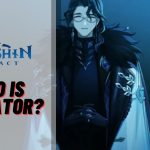 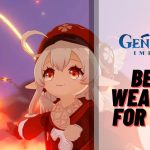