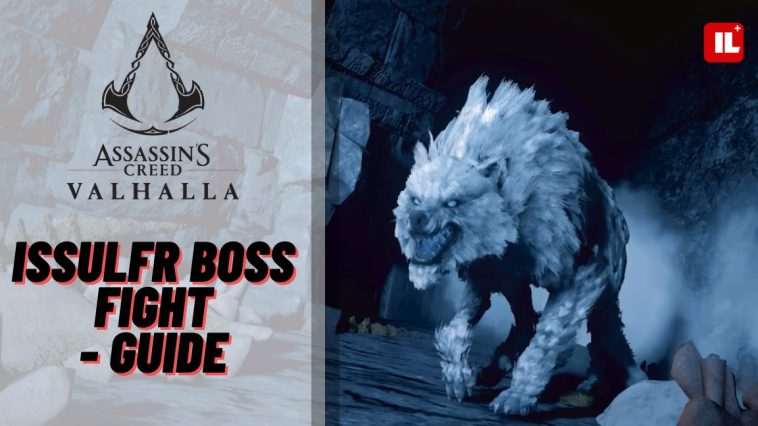 Every monster and boss that you’ll battle in Assasin’s Creed Valhalla is a tough opponent. You can try to lower your difficulty to get through them but even this won’t help. In this guide, we will be talking about the first big wolf you’ll be going up against – the Issulfr Boss. Here are the best tips and tricks on how to take him down. Let’s get started.

You better gear up and get everything that you might need before you make that jump inside the arena pit. Once you jump inside the cutscene will begin and you will be starting the battle momentarily. Make sure that you’re buffed up as much as possible, have all the required items and potions needed, and of course, read this guide for better knowledge and understanding of Issulfr.

Issulr is a wolf or animal type of enemy. He is extremely tanky no matter on what difficulty you’ll be playing on. He is very fast and can attack and even dodge hits that you might not expect at all.

For starters, he will try to circle around you and start attacking you with his fast and long jump bite attacks. You can easily roll around those. Take out your bow and let’s hope that is a good quality one. Start shooting him from a distance to start damaging him slightly.

Be careful when pulling your bow though. Don’t even prolong that arrow shooting time because he can jump out of nowhere and literally push you to the ground.

The best tip when shooting arrows at him is to circle around him. He will keep doing these long bite attacks where he will jump in a forward motion. This means that every time he jumps he will leave his back open on you. When you go in a 360-degree circle he will almost never hit you and leave himself vulnerable to your arrow attacks.

If you run out of arrows you will go to attack him with your melee weapons. If you’re behind him he can start to howl and this will get you pushed from one direction to the other. It will distance you away from him without actually doing a lot of damage to you.

Whenever he will start making his jump attacks towards you just jump to the other side. If you time it right he won’t ever get  a hit on you. This is how he will look when hes doing it.

Once you’re next to him you can gather some of your arrows back up. Proceed to shoot with your arrows as much as possible.

After hitting and dodging him for a while, he will become tired. His tired animation lasts for about 2-3 seconds. This will give you more than enough time to gank up next to him and burst with all the damage you have. This is how you’ll know his starting his animation.

Careful though, always be on the lookout if he starts howling. If you’re really right beside him it will damage you.

When he gets to about 30-40% Hp he will start doing some more powerful and unpredictable attacks. There is one where he disappears and just forms a red fang line in front of him. If you are in this red line he will damage you, and damage you good. Make sure to stay out of sight whenever you see this:

Again, just going to the side works charms. When you get him to 10% HP he will disappear and start attacking you from underground. You will notice the ground breaking up and coming towards you. Just go into a circular motion to the right or the left and keep dodging him. He won’t catch up to you in this way.

After going a bit in a circle you will then pick up some arrows yet again. Shoot him until he dies.

Congratulations! This is one of the first wolves that you’ll see but it definitely won’t be your last. Good luck defeating him! 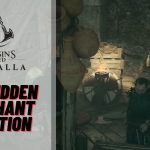 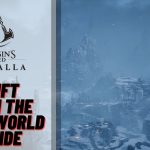