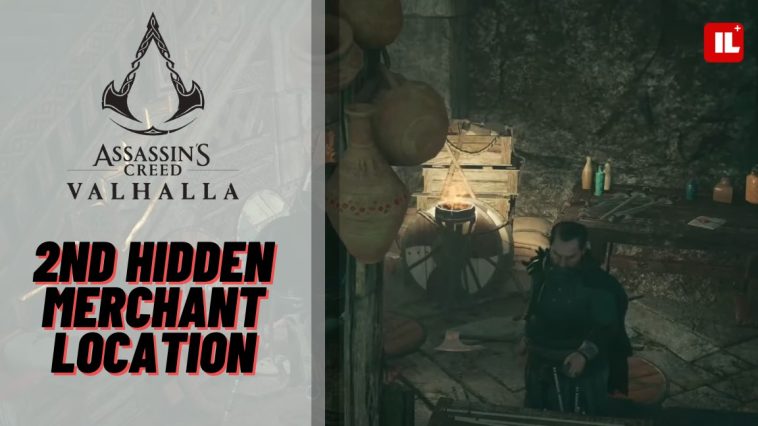 Assassin’s Creed Valhalla is known for the progression system that it has in the game. One of the coolest things is actually leveling up and getting cooler and more badass-looking armors and gears. What is the best way for that? Well, by finding those hidden secret vendors that are around the map. In this guide, we will be showing you the Second Hidden Merchant and how to unlock him and even get to him. Let’s get started.

This is the Second Hidden Merchant that you’ll come across while playing the main story of The Forgotten Saga in AC Valhalla. It is going to be available only after you’ve defeated the First big Boss that you’ll encounter. You can find it on the Second Island (or the most top right corner one).

Here on this highlighter location in the picture above you will run into an NPC named Dani the Dead One. He is going to give you a somewhat of hidden quest that doesn’t show up on the map. It is called the Dark Dealings and its main objective of it is to free his crew.

To free his crew you will first have to locate and loot a key. Everything is almost random in this DLC, so the real answer to the question of where this key might be located will be pretty hard to say. You can find it by killing any guards that are found on the second island, but the biggest and most looted location for this key is right here:

Make sure to first Pulse the Area, scan the whole zone and you will notice a Key Icon on top of the guard’s head like this:

Now just go ahead and kill this marked NPC and then loot his body right after to obtain the key. Once you loot the enemies you will see that the key is called Foundry Keys. That’s what you’re looking for.

This is where the crew will be located at:

It is on the right side just before you’re going to enter the area where you will find the second big boss battle of the DLC. You will spot 4 cages with Dani’s crewmates stuck inside of them. Kill everyone that was keeping them locked, and then just open the cages by using the key you’ve just obtained.

After you’ve unlocked them all you will need to go back to Dani and interact with him again. This will trigger a small cutscene and then just finish up the quest Dark Dealing. Congratulations! This is not going to unlock the rope lines that you’ll need to use.

Getting To The Second Hidden Merchant

This is where he will be located at:

Getting there is easy and available only after you’ve done what is necessary in the questline above. You will notice these big statues.

If you have completed the questline above you will get these Ziplines to spawn here. Now you are able to get to the other side of the island without dying. You can enter the mountain inside and look around to get some good items for looting. There will be lots of gems everywhere.

While walking around you will need to keep going higher and higher. Once you get to a pretty much wider cave area you will spot the vendor inside. This is how he should look:

Congratulations on finding him and enjoy buying stuff! A very good piece of information to know about him is that you’ll need to die if you want to reset his items. So let’s say that you’ll need to cycle through his items, simply jump from high areas and die a couple of times until you will get that rare legendary item that you’ve wanted. Have fun!

READ NEXT: AC The Forgotten Saga: How to Get Draugr’s Toll Outfit | Slave Master Marrow Location in Nidheim 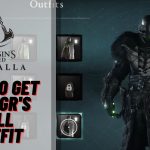 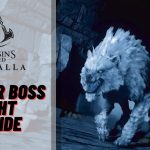