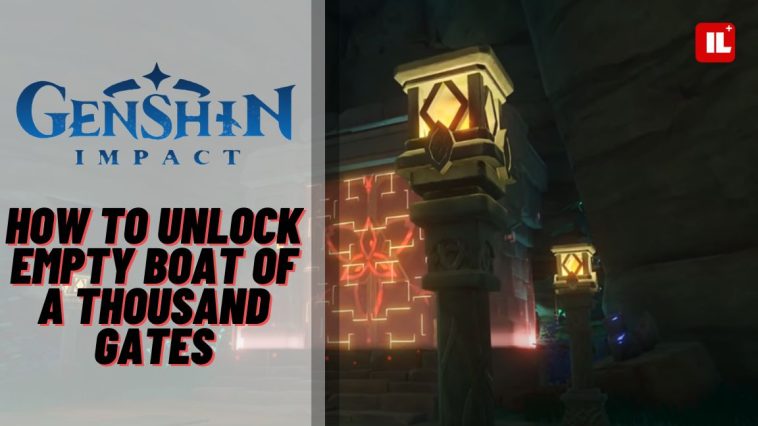 Genshin Impact is a game that is filled to the brim with content, each update adding more and more into the game. There’s puzzles, dungeons, quests, side quests, character stories and so on. There are even places that aren’t connected to the story at all but are there for players to find and get rewards for. There are dungeons that are behind puzzles, and puzzles behind puzzles and so on that it gets confusing. In this guide we’ll show you how to unlock the Empty Boat of a Thousand Gates in Genshin Impact, for those who are wondering how to do it.

You better bring some snacks and drinks because this is going to be a long one. To unlock the Empty Boat of a Thousand Gates you’ll need to do a series of puzzles and go to certain places. These puzzles can be annoying to do, specially if there’s like 10 of them that you need to solve. But at the end you’re rewarded. And even finishing the puzzles gives you rewards so there’s that. This is how you unlock the Empty Boat of a Thousand Gates.

First you need to go to Araumi, there you’ll see a large tree and a locked mechanism there. There are 4 Electro totems that you need to activate to unlock this one, and one is just nearby next to it.

The next one is to the west and here’s going to be your first puzzle. Each cube has a side that is lit up. You’ll need to turn them all facing towards you. Once you finish the puzzle a chest will appear and you can then activate the electro totem there.

There is another electro totem to the north. This one is being guarded by an enemy so you’ll need to defeat the enemies first.

Finally there’s one to the northeast near the tree, activate that and the mechanism will unlock and you can activate it.

After activating the mechanism you can drop down and do the next step. You need to use the Memento Lens to observe the 3 small statues inside, each statue when observed will spawn a switch that you need to activate. Activate all 3 switches and you’ll drop to the next area.

Once you drop down, go to the eastern part of the ruins, there you’ll see another box puzzle, this time all boxes need to be facing away from where you came. Next to the puzzle is a hole full of water, solving the puzzle will lower the water level.

Once you solved the puzzle you can then drop down into the hole where there’s still some water. Go through the water path heading northeast. You should see a staircase that you can get on top of. Once you go to the top you’ll see another box puzzle, again you need them facing away from where you came.

Further down you’ll see some enemies and at the end is a boss “Perpetual Mechanical Array.” You need to defeat that boss.

After fighting the boss go to the east where there’s vines going out of the boss room. Follow the path up the stairs and you’ll see another puzzle. You have to walk through all the blocks without stepping on one of them twice.

Finishing the previous puzzle will, to the surprise of no one, unlock the door to another puzzle room. This time it’s bigger but the mechanics are the same.

After finishing that puzzle a cutscene will play and you’ll unlock the Empty Boat of a Thousand Gates.

Congratulations you now know how to unlock the Empty Boat of a Thousand Gates in Genshin Impact. Now go out there and try to do it yourself! Many thanks to WoW Quests for showing everyone how to do it. If you need more information on the subject then go check their video out here: How to unlock Empty Boat of a Thousand Gates Genshin Impact Domain – YouTube 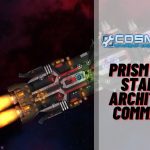 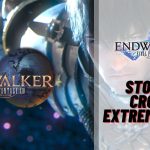