Move the Statue to Solve the Puzzle Guide – Genshin Impact

Yelan’s story quest consists of multiple parts and Foregone Conclusion is the third part of the quest. One of the objectives in the quest is to solve the puzzle by moving the statue. You will notice multiple yellow and blue pillars in the area.

The goal of the puzzle is to bring both three yellow statues into the leftmost part of the line, near the door, where the light is shining. Start with the yellow statue on the south and move it into the light. There should be a blue statue next to it, push this to the right once.

Move the blue statue behind the third light all the way to the north. Do the same thing with the next statue until you can get access to the remaining yellow statue in the puzzle.

Push the statue in the middle light. Go back to the yellow statue on the rightmost side then push it into the last light to unlock the puzzle. 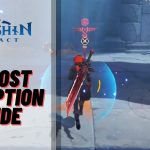 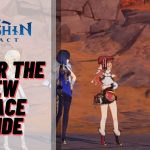