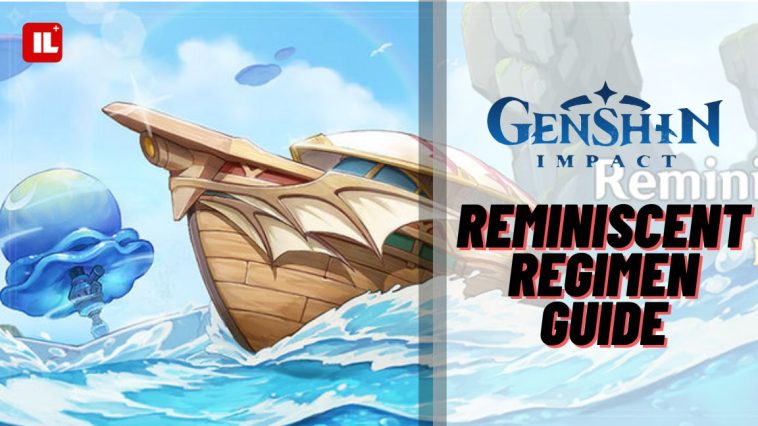 Genshin Impact has a lot of events to keep the players busy, which is a great idea. Due to the nature of the game (being a live service, anime gacha game and all), updates that add to the game can take time to develop, thus some games having to wait a month in order to get those updates. Genshin Impact is available on both mobile devices and PC, as well as the PS4, so they have a lot of players that they need to keep busy, which is why they have the Reminiscent Regimen event available now!

The Reminiscent Regimen event is primarily co-op, so if you’re mainly a solo player in Genshin Impact, then you have no choice but to play nice, since these events will require other players to form a team in order to participate.

However, you first need to complete a quest in order to unlock the event. It’s fairly easy enough. When you log in during the event period, Paimon will tell you that she has a mysterious feeling, and that you need to go to the Golden Archipelago again. Once you make it to the Central Island, you’ll get a cutscene. After the cutscene will unlock the Reminiscent Regiment event.

But before that, you need to be Adventure Rank 32 or above, as well as also have completed the Summertime Odyssey: I Event Quest, the Golden Apple Vacation Returns! After which, you should have the Any Unsolved Mysteries? quest.

The event started on August 4, 2022, and will end on August 15, 2022. If you’re planning on completing the event in one day, we got some bad news for you. The event may last until the 15th, the stages don’t open all at once. Yes, the six stages of the event will open on a specific day.

The event has six stages:

Each stage has its own objective that will be explained in a bit. For now, the challenges you will be facing are divided into three themes: Descent, Raid, and Convoy. Each of these Themes has two different challenge levels. The first of each theme will always be the normal difficulty, while the next day’s challenge unlock will be its difficult version.

You can also earn points by collecting the tokens you find as you play the game. Don’t make it your actual goal, though. Straying too far just to collect these will result in you missing in doing objectives. Only collect tokens if you find them in your path.

As of right now, there are only two challenges available, and it is both the Descent Challenges. Both challenges play the same, where the players start on a floating platform with the goal to descend down on platforms.

You might think that jumping off the platform and land in the water is the goal, but it’s not. Instead, you have to fight different enemies on different platforms. They are your main objectives and eliminating them will spawn more platforms with more enemies to defeat.

During the challenge, there will be an Aegis of Descent that will appear. Use this to change the traits of the floating platforms to your advantage.

The Raid Challenges, while still not available, will make use of the Waverider. You will be sailing to a specific region of the sea within a time limit. You can use the Waverider Mooring Points to get on the floating platforms and eliminate the enemies.

The last challenge, the Convoy Challenge, will focus on all players working together to protect a vessel. The vessel is the main object you will be protecting, which will be on the Driftstone Raft that you all will be using.

It’s advised to leave at least one person defending the vessel, while the other two or three players keep the raft afloat. There are Repair Parts your team can use to repair any damages the raft takes, so be sure to use that to your advantage.

You also have to use the Propulsion Device to its full potential to complete the challenge faster. To do this, you need Drift Energy, which can spawn in random areas. But also, be wary of going too fast, as there are obstacles in the raft’s way. Destroy them before the raft sustains any damage from it.

READ NEXT: ACV: How to Get Dwarven Defender Outfit in Forgotten Saga 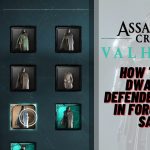 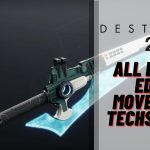