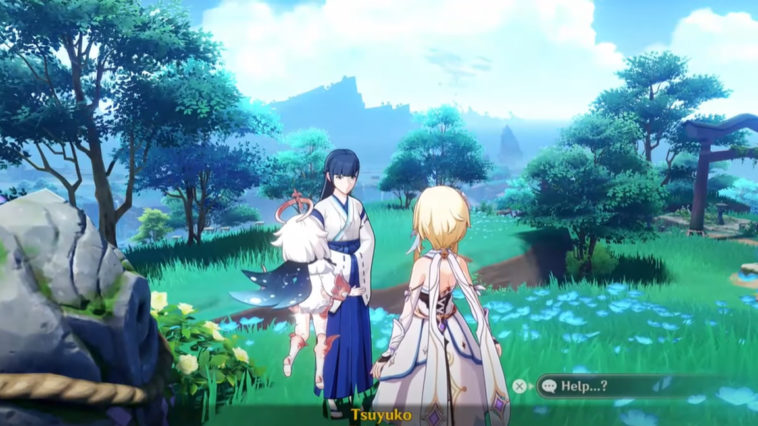 The Moon-Bathed Deep is a new world quest available in Watatsumi Island. The quest consists of five different parts and completing all of them will reward you with 160 Primogems and Adventurer’s EXP.

To begin the quest, you must first go to the Mouun Shrine waypoint, which is to the left of Sangonomiya Island. Walk north and you will find an NPC called Tsuyuko. Talk to her to begin the World Quest.

Head over to the small islet as indicated on the map. You will find a stone tablet near a locked shrine. Interact with this tablet. You will need to use your elemental sight to follow the hidden orbs and use an anemo skill to break the seal. Below are the locations of the Electro Orbs:

Collecting all three orbs will unlock the shrine and give you the Spirit Pearl Item.

Go to the Sangonomiya Shrine waypoint and walk to the westmost part of the island. You will find another sealed shrine and a stone tablet next to it. Interact with the tablet in this area.

Activate the Leyline Monolith in front of it and protect it from incoming enemies. Completing the ley line monolith challenge will unlock the sealed shrine and giving you another Spirit Pearl to collect.

Go to the northern Sangonomiya waypoint and head over to the quest area, which is an islet north of the waypoint. Interact with the stone tablet to begin the quest.

Solving the puzzle here is simple, all the glowing lanterns on the fish should be facing the center. If the fish lights up the floor, the position of the fish is correct. You have to do this on both platforms and pay respects to break the seal to the shrine and get the third Spirit Pearl.

Go to the waypoint East of the Bourou Village and walk to the southern islet. Go to the center of the island to interact with the stone tablet next to the locked shrine. You need to go to the Thunder Sakura Bough and summon the Electroganum.

Use the energy of the Electroganum to light up all the lamps in the area. You can do this by walking towards the lamps while the Electroganum is active. After activating all the stone lamps, the seal on the shrine will be broken and you can get the fourth Spirit Pearl.

Report back to Tsuyuko and she will tell you to go to the Heart of Watatsumi. Follow the area indicated on the map and use the four Spirit Pearls to break the seal on the cave. Similar to the Fin of Watatsumi quest, you have to rotate the fish statues until they all face the center of the platform.

You cannot rotate the fish statues on the last platform unless you pray to the pillar first. After rotating the fish statue, all seals will activate and a cutscene will appear, report back to Tsuyuku after getting the Key of the Deep to complete the World Quest. 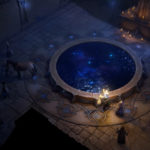 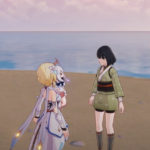