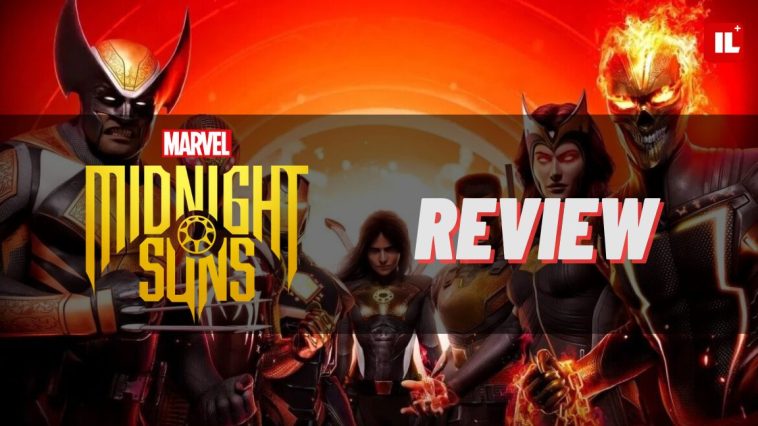 Marvel’s track record with games can be a hit or miss. There are Marvel games that stand the test of time and can be remembered fondly (Marvel Ultimate Alliance and the PS1 Spider-Man games), and there are those that people would prefer to forget about that it ever happened (Marvel’s Avengers and any of the Sega tie in games for the MCU movies).

Marvel would eventually then shift their focus into triple AAA gaming. After all, if they can get success with the Marvel Cinematic Universe, then they can surely get even more success with video games, right?

Well they totally did.

With the release of 2018’s Marvel’s Spider-Man, we see a success that sweeps the gaming world by storm. It helped that at 2018, this was the peak of the Marvel Cinematic Universe. With Avengers: Infinity War earlier in the year, people were thirsting for more Spider-Man content, and they got it in September of 2018.

Thanks to the success of Marvel’s Spider-Man, even more Marvel games were greenlit and close to finish development. Like the untitled Captain America and Black Panther game, as well as the untitled Iron Man game. We even have a Wolverine game announced as well.

While Marvel’s Avengers was just a bad blip on the radar, this did, however, affect people’s views on Marvel games that are not developed by Insomniac. Going so far to saying that no one other than Insomniac should be developing Marvel games.

Thankfully, Marvel did not listen to those complaints, and still had faith in the developers who were creating Midnight Suns.

How good is the gameplay?

The one thing I see when I see anything about Midnight Suns is that people don’t like the game because, well, it looks like a card game (or a mobile game, but I’ll get to that in a bit). Yes, the main gameplay loop has cards in it, but it’s not the same as a card game. These cards are your abilities, which you can use to inflict damage to your enemies, or give yourself a buff (and maybe debuff your enemies).

The game plays like any XCOM game, which is the franchise that brought Firaxis into the spotlight. It’s a tactical RPG that focuses on strategy and luck that everything falls into place.

I for one am not really a huge fan of turn based combat. If I really like a game or franchise (Yakuza, Persona, Marvel, DC etc.), then I will consider playing the game. I am more of a fast paced, real time action gameplay kind of guy, which is why Marvel’s Spider-Man and the Arkham Games my favorite superhero games.

But Marvel’s Midnight Suns gameplay is a step above most turn based games. Midnight Suns turn based combat allows you to use the environment around you to your advantage. You can use explosive barrels to blow up your enemies, shove enemies into each other, and even throw them off the edge. These are mechanics that you don’t regularly find in turn based combat games.

Hang out with your favorite heroes and be a cool guy, or a mean guy

But outside of combat, the game becomes a bit more laidback. Your character, the Hunter, and the Midnight Suns all reside in The Abbey. Here, you can explore the area to your hearts content, even finding hidden goodies just from exploration alone.

You can also talk to your teammates and hang out with them. But before you ask: no, you cannot romance any of the Marvel heroes. I know, it’s a bit of a bummer. I myself was looking to romance Captain Marvel or Captain America before they announced that there was no romance option (maybe I have a thing for captains).

Instead, you can only increase your “Friendship Level” with them. You can talk to them, hang out with them, share a heart to heart conversation, go on special missions with them and more. Your choices in the game can also affect your friendship with some characters.

The game features a karma system that intertwines with the friendship system. You have the standard Light and Dark choices that affects your characters behavior towards other people. This karma system, however, does not affect the ending of the game. It instead affects what kind of powers, abilities, and suits you can get as your progress through the game.

So if you go through the Light route, you will get Light benefits. If you do the Dark route, then you get Dark benefits. Characters also respond differently to how you talk to them. If you choose a Light dialogue option with Magik, you will lose friendship points with her. “Why is that?” you may ask? Well that’s because Magik is not the type of person who likes that kind of answer.

Magik is a blunt person that prefers honesty, regardless of how mean it sounds, and like a person with a harsh view of the world. Which is why if you choose Dark options with Magik, you will get more points with her. Bottom line is, learn how to read the characters personality and choose the option that works well.

One thing I can say that is positive about the game is the art style and graphics. It’s not photorealistic like Marvel’s Avengers, but there is a certain charm to it. It looks like a comic book coming to life. With vibrant colors, even in places like a desert or the Grounds, it oozes style.

But, I cannot say the same for the character models.

The character models look like hot garbage. They look like if those wax figures you see in museums started to melt, but the staff were able to cool them down before they are destroyed, but they unfortunately don’t even look like the person they were originally modelled after. And the funny thing is, they only look horrible when you’re in The Abbey.

When you are playing missions, the characters that have masks on look okay. Iron Man and Spider-Man, even Wolverine look decent when they are outside of The Abbey and in their suits. But the moment they step out of them when in The Abbey, they look like they were melting while wearing their costumes.

And it sucks because you will be spending most of your time in The Abbey with them, so you are forced to look at dollar store Andrew Garfield and pornstache Tony Stark.

This is where I mean when the game looks like a mobile game. Not the graphics itself, but the character models. They just look so weird when in The Abbey, but when suited up and out of The Abbey, they look okay.

Marvel’s Midnight Suns might already have a jam packed roster full of iconic heroes, but you will get even more when you get the Season Pass of the game. Included in the Season Pass are Venom (who is already in the game by the way), Storm, Morbius, and Deadpool. Yes, the Merc with the Mouth is coming to Midnight Suns.

If you buy the Season Pass (or the Legendary Edition) you will be granted access to 23 premium skins when you play the game and four post-launch DLC packs that will be coming in the future. That means the game is not 100% complete yet, and there will be more content in the future.

In my honest opinion, I do not like having to wait for more content. I am at that age where if the game does not come 100% complete, then I won’t play it (unless it’s a game that I am very hyped for). It’s why I stopped playing games like Assassin’s Creed Valhalla when it first launched. I bought the game, played it, but I knew I won’t be able to play the whole game, if you get my meaning.

There will be more DLC, more content that will be released in the future. It’s only recently that Valhalla released their final update, meaning I can finally play the entire game without having to wait for more content.

But seeing as this is a Marvel game and I am a huge Marvel fan, I still played it and will wait for the content to drop. But that’s why I enjoy games like Guardians of the Galaxy and God of War: both are games that released complete with no future content coming. Sure, that means the games popularity will die out much faster, but at least I get to enjoy the full game without waiting.

Without spoiling the story of the game, I can only say that it’s pretty okay. It’s like Multiverse of Madness levels of okay. I enjoyed the story they were telling, but it didn’t really impact me the way Marvel’s Spider-Man or Marvel’s Guardians of the Galaxy did.

With Spider-Man and Guardians of the Galaxy, both stories had heart and soul. There are story bits that genuinely made me tear up and cry because of my attachment to the characters in the game. Midnight Suns, however, did not have any of that.

Maybe it’s because Midnight Suns isn’t a narrative, story driven game. Maybe I’m just not attached to these versions of these characters the same way I am attached to their comic or MCU counterparts. But I’m sure some people will love the story, but it’s just not for me.

Firaxis has done an amazing job in crafting their own Marvel universe, but I cannot recommend this game at full price. Even then, I can’t even recommend this at full price for Marvel fans. If you do want to play the game, I say wait until the game goes on sale and get the Legendary Edition, where you get all of the content of the game.

ALSO READ: Need For Speed Unbound Review: Is It Worth All The Hype?! 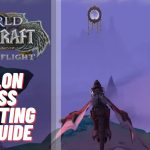 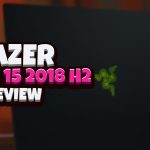