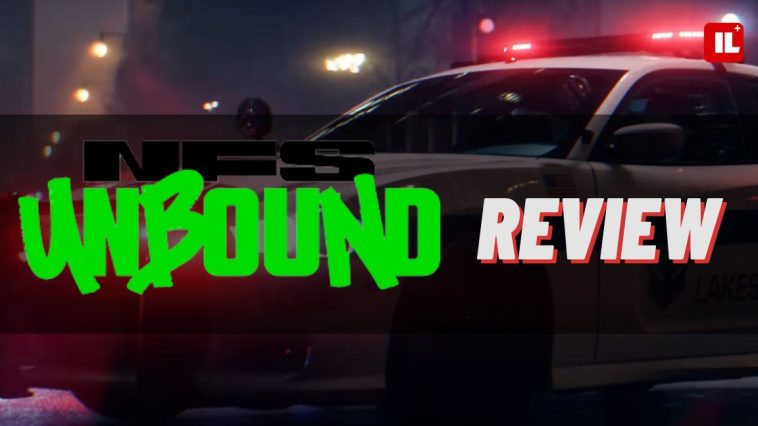 Need for Speed Unbound is a driving and racing simulation that takes place in the made-up metropolis of Lakeshore City, which is modeled after Chicago. It offers an open-world atmosphere, much like prior games in the series, and the gameplay is quite identical to that of past games in the series, with the primary emphasis being on street racing.

In this review, we shall be going over everything that it has to offer. We shall be making a Pros and Cons list so that you will know exactly what things the game does good, while also what it lacks. Let’s get started.

Is It Worth All The Hype?! – Need For Speed Unbound Review

It is a Need For Speed game and it must be said that all of these games are fun. You will be getting a very fast–paced racing style of a game with a lot of carnage while exploring a map filled with tons of little side activities.

Although that might be the case, Need For Speed Unbound has a lot of things that can be improved. You will be getting that nostalgic feeling as though you are playing the first NFS games but with the problems that they had, you will still feel them here.

As the hype train is going down, there are certainly some things that have been overlooked in the past. Still, let’s look at some of the positives out of this game.

The visuals are looking good for a Need For Speed Game. Don’t get us wrong, they are good, but they do not come even close to any of the newer titles or even yet to something like The Witcher 3 from 2015!

But still, you will get a decent–looking game when combined with the fast movements of the cars it should be pretty satisfying to watch.

The details on the cars are also done pretty well but still nothing out of the ordinary and nothing spectacular at all. Basically, if you have played an NFS from 2015, you will get the same thing out of it here.

Although it isn’t anything that will make you WOW, the devs have finally changed the old handling, but still can be considered a Pro since it has been slightly and somewhat improved. That is if you ask one group of players.

The other group will just plainly attack the handling even right now. We can say that it isn’t all that bad and the drift element that allows you to go for this playstyle is also something that comes as nice. Still, it must be said that a lot of work needs to be put into it.

Oh yes, the hype is definitely down. More and more players are slowly realizing the very weak potential that this game has. There are a lot of issues with it. Let’s talk about the biggest ones.

Although some people love this part of the game, after lots of hours spent in the game you will feel like the whole purpose of the modifications are just to make your car go faster. Although that is the whole point of them, it is a very simple system that is downright boring and very lacking.

You will get an option to play around with 3-5 options at most, but most of these things simply do not fit on most of the things that you can actually choose as your setting for the cars.

We’d almost say that the first NFS underground had a bigger selection of wheels than this one. Still, there are a lot of spoilers and wings to choose from, but based on your taste, you may only like a few of them. So far, the majority of cars we have owned were either stock or had one spoiler or wing that we liked. Even the performance isn’t much better. Based on what you’re making, there’s really only one choice for each part.

Even though all the parts have different levels, you don’t really have much choice in each one. This is true for a lot of racing games, but in Unbound, installing a new performance doesn’t feel like there’s anything special or like you have to think too much about what you’re buying. It seems boring, like the only possible explanation you do it is to get somewhere faster.

This is the worst part of the game by far. We’re amazed they even troubled to write the story because it’s so boring. It’s so stupidly easy to understand that you can recognize the whole story from the beginning. When you reach the actual game, your character has phone calls with a few other characters that tell you most of the story.

Even some particular characters feel that they were simply an afterthought. They were made after the story was written, but they’re one of the major characters who “assist” you traverse the game.

You will sometimes feel as though this game should be called Cops Simulator. There are so many cops everywhere it is crazy. You will be getting them no matter what you will be doing in the game.

Although that sounds fun and all, it does tend to get very annoying at times. Yes, you are able to get rid of them easily, but that doesn’t mean that it is a working and effective system for fun. When you try to have fun with them, the game just throws stupid cops with no sense of direction at you.

The feeling that we mostly had while playing this game is that you go from one police chase just to get to the next.

The minimap tends to make the map look big, which may seem big when you’re traveling around the world. In reality, though, once you’ve driven and raced for a while, you’ll see how tiny the world is.

You can only start races in a few places, and after the initial week, many of the races you can start will be held on courses you’ve already run. You will race every race nonstop and keep repeating it, even if it takes you to different places. You might think that every place has entry to races in one‘s area, particularly circuit races, but you would be wrong.

Each location for an event can set up a race for any part of the map. There wasn’t much thought put into the variety of racing places and track/track layouts. This is partly because the world isn’t that big.

These are two different games. You won’t get anything shared between them meaning that progress done in the single-player won’t get transferred or felt at all in the multiplayer.

The multiplayer on the other hand is barebones when compared to the single-player. It is just there and something that you can open up with your friends to play.

There is a serious lack of amount of race tracks as well as progressive elements that will push you out on further replayability with your friends. You will experience most of what the game has to offer in just a couple of days. It is laughable how much the devs have clearly not focused on this part of the game. There are so many things that are copied and pasted even from 2015!

Need For Speed Unbound has a lot of issues in-game, and in the multiplayer progress, and plus on top of all that the optimization needs a lot of work. On top of all that, the game is crazy expensive. It might be a fun racing game for a couple of hours but we recommend that you buy the game at an 80% discount so just give it some time until hopefully it can be fixed and maybe the developers will work on it more.

ALSO READ: The Callisto Protocol Review: Is It The Next Dead Space?! 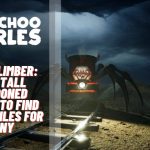 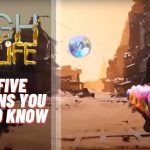