The new update for MIR4 brings new systems, bragging and an entire laundry list of patch notes to the table. Along with new content and new items such as Relic System, Legendary Blue Dragon Statues, Bragging, you can expect a lot of new things to do in the game with this update.

Botting has been a problem with a lot of MMORPGs since the dawn of their existence, and MIR4 has the same problem. Bots which do nothing but farm currencies or materials 24 hours a day stripping resource fields and flooding the market with so much stuff that it devalues them. This can create a dangerous loop that can lead to inflation in the MMO’s market. The devs of MIR4 are moving in to try and stem the tide of bots with this new change.

The first change is that they’ve decreased the amount of Darksteel generation for each Hidden Valley, as well as applying level requirements for said valleys. The fight against bots is always ongoing however, and hopefully the devs can continue trying to fight the good fight against them.

What’s the best way to show the world that you have the best collectables out there? By bragging about them of course! Now an actual feature in the game, you can even get points for it!

The way it works is that you can display some of your collectibles in villages with no monsters. You can brag a maximum of 5 items, but can’t brag if there’s 50 in the area.

When you brag an item, it’ll appear for a set amount of time. At that time, players can admire the item and give you admiration points. These admiration points can then be used in a new NPC shop!

Relics are a new thing in MIR4 and is something that you can get when you reach at least level 90. To access the new Relic system, you’ll need to go to the Menu > Conquest > Relic. There’s 5 relics and you can upgrade them to a total of 10 times.

Here are the different types of relics:

Each relic can give you boosts in HP/MP Potion effects, ATK DMG, CRIT Evasion, and even drop chances, so make sure to get those relic blessings!

This is a new unscheduled event that can happen when you’re killing monsters in any labyrinth. When it happens, unique monsters will start spawning and when defeated will increase the chances of Boss Monsters and Field Boss Monsters appearing. The rewards for defeating them can range from Rare to Legendary reward boxes so keep an eye on them!

They’ve also added more quests to give players more chances to get Legendary Blue Dragon Statues, as well as adding them as rewards for select existing quests! This is great for those who’ve been wanting more of these Legendries this is now your chance to get them! 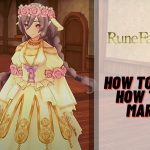 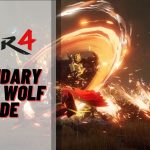