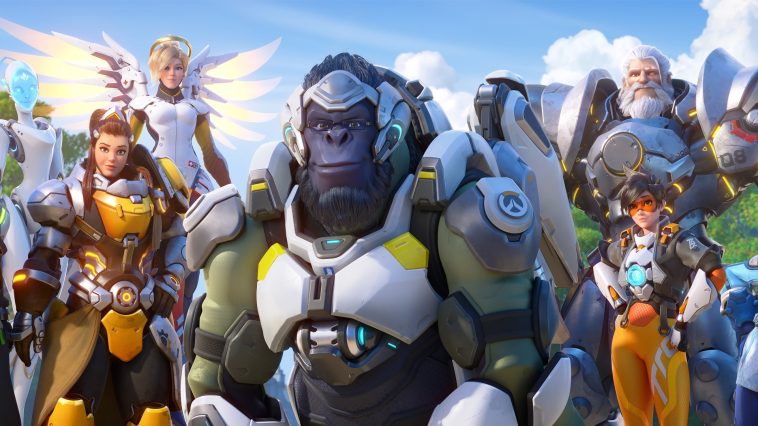 In Overwatch 2, there have been a lot of changes to the gameplay, and there are 33 heroes available to play. So pick up the best heroes from the A and S tier, build the best team and win the game. Overwatch 2 is still in beta, but we are here to define who goes in which category.

The first on the list is D.Va. D.va is playable at the moment, and she received a decent buff with better armor distribution and decreased health. That makes her tankier, and she does everything pretty well, like good mobility, burst damage, and peel. She is one or two buffs away from being an excellent pick.

The Doomfist dropped his decent viability down to d-tier. The Seismic Slam no longer slows enemies, and the block is also nerfed.

Junking Queen is good. She has glaring weaknesses and counters, but she is a solid hero overall. The Junking Queen will go in B-tier. She is dependent on getting up close and hitting her knife throw. She gets melted by heroes that play from their distance.

Orisa is pretty good and has similar weaknesses to Junker Queen. The headshots now deal two times more damage instead of 1.5 times previously. Orisa can be headshot again, which is significant nerf. Orisa is a solid B-tier.

Reinhardt has received a minor 25HP nerf and lost 50 armor, but he is still a good hero. Reinhardt is a B-tier hero.

Roadhog is still a C-tier hero. He can handle Junker Queen up close since his shotgun is more potent than hers.

Sigma is a pretty good hero, and his single barrier can be the most annoying thing in Overwatch 2 in 5v5. The rock is also a hard stunt left in the game. Sigma is a solid B-tier hero.

Winston is a good hero with two nerfs in the latest patch, in which they nerfed the Barrier Projector health from 800, reduced it to 700, and went to S-tier down to Good Pick B-tier.

Zarya is a good tank choice if you can get the ball rolling. She is powerful in stopping the Junker Queen’s healing. She still needs good energy to pop off, but overall, Zarya is still a B-tier hero.

Ashe is nerfed, so much of her movement. Ashe is on her own now, with other supports being hard to kill, and Sojourn is taking her place as the meta DPS. We will place Ashe in C-tier.

Bastion can be a playable hero in D-tier. However, he has one of the biggest hitboxes in the DPS category, and without his self-healing, he still needs to safely fire down in sentry form.

Blizzard did a good job reworking Cassidy without the flashbang, as his magnetic grenade does 131 damage. He is a solid B-tier hero for DPS. In the last patch, he gets a 50 damage reduction after rolling.

Echo rolls certain tanks like Jungle Queen, Orissa, Ryan, Zarya. They can’t do anything, Echo plays from a distance and pokes up in the air. She still has the good assassination power, Echo is a solid pick and it is B-tier.

Genji has fallen in the tier list placed in B-tier. Some say that he is still in the strong category, but his job Is harder to do, and other DPS is getting buffed and taking his spot.

Hanzo was nerfed a bit in Overwatch 2, and he is an excellent hero to help cover those matchups, long-range one shot that can prevent some dives, and he can give his team good information with Sonar Arrows. That makes him valuable, and he is placed in B-tier.

Junkrat went from D-tier hero to C-tier hero in this patch with two buffs. The first buff is one of his traps to be thrown across the map and the hitbox of his primary fire grenades.

Mei is quite scary, and the slowing 100 DPS fire is no joke. You can punish the Junker Queen pretty quickly. The wall is an incredibly powerful tool to punish immobile tanks going in too deep. This is making Mei in the B-tier.

Pharah has some buffs with a faster reload, which increases her DPS and 30 damage with a bigger knockback. She is pretty good right now, and she deserves a B-tier hero.

Reaper is scary up close, and he is still decent at flanking and assassinating. Reaper’s style has shifted slightly, but he is a solid B-tier hero.

With the patch last month, she has received four straight buffs, and she can do it all. Her mobile slide has a higher-up time with the previous buff. The Sojourn is a great S-tier hero.

The soldier was the Perma pick in the last beta, and all the nerfs to his DPS turned him down a little bit. However, he is still a good hero and a deserved B-tier hero.

Sombra was considered S-tier in the past, a few nerfs have fallen down the seats, supports are harder to kill now, and she needs a really good team for her playstyle to work well. She is a C-tier hero.

The Symmetra minor rework attempt to improve her viability made her even worse. They went overboard and thought she’d be too op as a fighting hero with the faster secondary fire. Symmetra is placed in F-tier.

Torbjorn is worse in Overwatch 2 because his overload grants him that green over health instead of armor like Overwatch one, which has stronger defensive properties. Torbjorn is a D-tier hero.

Tracer is still a good hero, and he is a B-tier hero. Despite her damage to nerf, she is still strong in the hands of players who have mastered her movement.

Widowmaker is back at 200 HP instead of 175, which helps a lot. No one lives by the rule “get kills or get killed” more than Widow. She is a solid B-tier hero.

Ana is one of the best-designed heroes in the game, and it is a strong A-tier hero. She has great synergies, is versatile, and has different playstyles.

Baptiste has regained his lost step with the meta slowly shifting back with Junker Queen, Ryan, and Orrisa. Baptiste is one of the best heroes for pairings for these beefy stationary heroes. He can easily fight off the flankers, making him a solid A-tier hero.

Brigitte is a really good hero, and she is a great support that can offer a lot, like targeted healing with the heel pack, disrupting the flankers, and pretty good burst damage. Brigitte is a solid hero with a deserved A-tier.

Lucio is still a great choice to pick, and he is down from S-tier to A-tier in the last patch. However, he is still a fantastic choice to select, and you can play as assassin Lucio style.

Mercy has fallen off significantly and might be the worst support right now. You cannot do stuff like proper object jumping. She is a D-tier hero.

Moira is still a really good hero. In the solo queue for most players, she is still deadly and can heal a ton, flank, and 1v1 bunch of heroes.

Zenyatta is one of the best heroes in the game right now. The Discord Orb is so powerful in the single tank 5v5 metagame. Zenyatta is a solid S-tier hero.

These were all the heroes tank tier list. So pick your favorite hero and destroy the enemies. We hope this guide was helpful and answers your question. 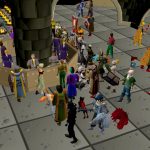 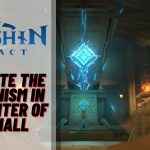