Season 4 of Wow Shadowlands started over a week ago, and you can quickly master the dungeons. With how powerful the Spell Reflect is, it’s important to know what spells do and what don’t do. Even if the spell isn’t reflected or deflected, the spell is still a 20% magic damage reduction. In this guide, we will show you all the Season 4 Spell Reflects.

For the Toxic Monostrosity Casper effect, before the consume cast finishes, you will reflect a debuff to it when you touch the green stuff. So make sure not to die to cast from other mobs or slime waves.

The last boss targets people by formulating things up randomly, and you can reflect that back to the boss to do significant damage and avoid extensive damage.

The last boss again. You can spell effect and ignore the beams and bots, so you don’t get ported back while It has Bell affect up.

You can spell effect the disarm, and it’s called impound contraband. You must look out for the cast and reflect before it finishes.

Abstract Nullifier has Force Blade, which you can reflect and does a lot of damage. It will be cast shortly after his first nullification cost. Soon as the notification is done, you need to Parry and taunt spell effects; they will do a lot of damage.

This is a tricky one. The King has an ability called Royal Slash, which has three parts. The tiles become all icy in the first parts, and he will do spin animation. When the animation is done, that’s when the damage comes, and that damage can be reflected. The King has a shield that makes him take 90% less damage. You need to kill one of his chest pieces to break the shield.

This is a huge one. You need to Parry and taunt spell effects, and you need to make sure that no one kicks and reflects the Burning Blast, or you can taunt after he has finished an I-beam from range.

You can reflect the tick from the rocket barrage in the intermission, and it helps you survive.

You can pre-spell reflect, which it will reflect the debuff onto the boss.

You can reflect the Giga Wallop from the Tinkers. It can be reflected for some decent damage.

The lava barrage can be reflected when you stand in front of the lava blast, and you reflect, and it does insane damage.

This was all you need to know about the Season 4 Spell effects in WoW Shadowlands. We hope we have answered your question.

Huge thanks to Critcake on YouTube for the in-depth spell reflect guide, all credits go to them. 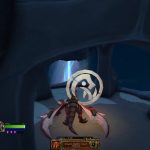 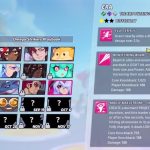