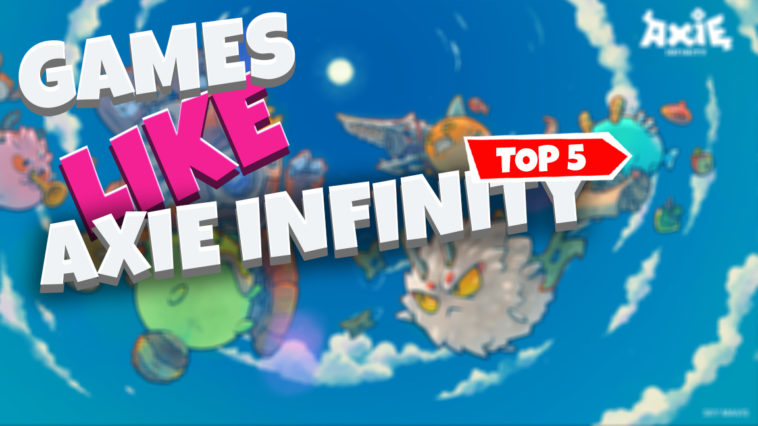 It seems like the revolution has begun and players will finally get the opportunity to make some money playing their favorite video games. Over the past couple of months, we’ve seen some huge shifts in the crypto space that dictate new upcoming trends such as blockchain games.

Blockchain games like Axie Infinity are not something new. In fact, Axie Infinity dates back to 2018 where the majority of players were probably not aware of the NFT industry and how it can affect games.

Fast forward three years and we have a selection of games that operate on the blockchain within their own ecosystems, mint their currency-type tokens, and NFT’s (non-fungible tokens).

With the growth in popularity of NFT’s many game developers started diving deeper into blockchain games like Axie Infinity, and now we have some great games that promise a lot of fun and a way to earn money.

So, if you like Axie Infinity, here are some alternatives that can fuel your passion for blockchain games.

Splinterlands is currently the most popular blockchain game, with an everyday user base of around 300.00 players.

So, what is all the fuss about?

Splinterlands is a card game where you can trade and earn in-game rewards from desktop or mobile. There are different forms of gameplay, such as tournaments, quests, and ranked play where you can compete with other players and battle with your cards.

On top of that, Splinterlands has its own blockchain, that provides in-game stability and frequent upgrades to the card value.

Here we have another blockchain game that is also fun to play and offers players plenty of ways to earn money. Evolution Land is a simulation game that focuses on game asset management. The game also has its self-governing ecology dedicated to developing operating and resource integration.

The gameplay is based on smart contracts or cryptographic signatures, where the ownership of an item can be easily established.

Despite all the complex stuff we mentioned, Evolution Land still has a simple gameplay that non-crypto players can understand.

Sorare is NFT based fantasy football game where you can build your team by collecting NFTs from digital player cards. You can later resell them, for a profit or trade with other players.

Unlike in a regular fantasy football game, you start Sorare by buying trading cards tokenized on the Ethereum blockchain. After that these NFT’s are yours and you can keep them as crypto-collectibles.

Sorare had explosive growth in the past year and the game was valued at 4.3 billion a few months ago. This might be the perfect opportunity for you to join and possibly earn some money while you trade your favorite football players.

This is another extremely popular blockchain game like Axie Infinity, that has had even more trading volume, transactions, and active users in the past couple of months. As you’ve probably guessed, Sunflower Farmers is a game where you should plant, craft, chop, mine, and fight in order to earn tokens.

The game has a built-in supply & demand mechanism and rewards players who are early to the game and drive scarcity.

So far, the game attracted more than 200.000 players and half a million in trading volume.

It is a real-time multiplayer game where players use characters (NFTs) to battle in virtual worlds, where the power of the Guardian is determined by their stats which increase by training.

Since the game offers multiple realms, it offers players an array of competitions where they can earn tokens.

ALSO READ: How To Increase Power In Splinterlands 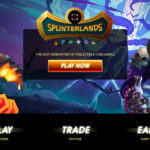 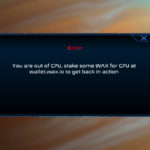