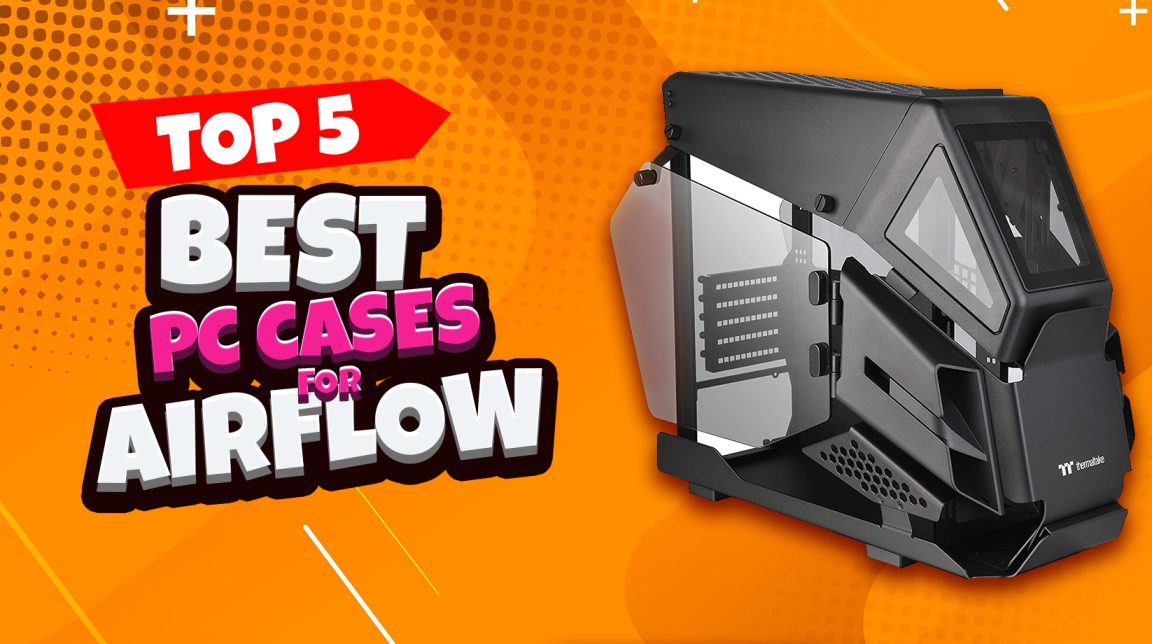 A PC is a powerful system, and if you build one for gaming purposes, then it will start to heat up pretty quickly once you start playing games.

Without proper airflow, it won’t be long before your PC starts freezing as its components overheat. While cooling fans can help regulate temperature, they’re often not enough. You’ll need a PC case that’s designed for proper airflow as well.

The good news is that there are plenty of PC cases on the market specifically designed to facilitate proper airflow inside. Pair them with a set of cooling fans and other cooling peripherals, and you won’t have to worry about any overheating at all.

Due to the plethora of products available, we’ve done the research so you don’t have to. In this article, we’ll look at five of the best PC cases for airflow you’d want to get.

All of the PC cases we included in our lists have undergone thorough research, all while considering a handful of important factors. By far, they’re the best when it comes to performance, air circulation, build quality, and affordability.

Fractal Design’s Torrent Black PC case is designed to facilitate airflow inside as much as possible. It’s able to achieve this through proper fan placement and a Y-shaped silver grill at the front panel. It also comes with two large Prisma AL-18 180mm fans which are way bigger than the ones provided by other PC cases.

Both fans are capable of reaching up to 1200 RPM, and while it might seem slow, the fact that the fans measure 180mm means they can deliver much better airflow throughout the case.

On the outside, the case looks sleek and premium-looking with its dark color as well as tempered glass. Meanwhile, you can easily remove the front panel without using any tools. This is convenient as it lets you remove and clean the dust filter inside. There are also Velcro cables to allow easier wire routing.

The caveat is that its front Y-shaped silver grill is made of plastic. Considering how expensive this case is, the fact that this part is plastic is a bit disappointing as it means it can easily break due to damage.

As a full tower PC case, the Corsair 7000D is huge, measuring around 600mm tall and weighing 15 kilograms. Due to its size, you can expect a lot of room for all of your PC components. These include up to 12 fans, three radiators, and even two GPUs. It’s by far the best PC case for airflow in the full tower category.

Upon closer inspection, you’ll notice that the case doesn’t use generic hole patterns on its front mesh panel. Instead, it comes with triangular cutouts that Corsair has been using for its other PC cases. You can also easily remove the front panel in order to clean the dust filter with ease.

For its cooling system, it comes with three Corsair 140mm AirGuide fans as well as a PWM repeater. Each fan can reach a speed of up to 1600 RPM, but the cool part about this is that they still remain silent during operation. This ensures optimal airflow inside the case without any noise distraction whatsoever.

Unlike most brands on the market that don’t come with a vertical mounting bracket for a GPU, the Corsair 7000D has it included as well. This makes it a solid alternative to Fractal’s case.

Despite its weird-sounding name, the Meshlicious case by SSUPD is actually a pretty solid PC case for airflow. In fact, it’s the best mini-ITX case we could ever find on the market when it comes to facilitating proper airflow.

Design-wise, the Meshlicious case is quite spacious to allow fitting in various components and prevent restricting proper airflow. Even better, the entire case is made of alloy steel mesh to allow air to enter on all sides. It’s for this reason that the case got its name.

If you have a mini-ITX motherboard, then this is no doubt the best option for you. However, it also allows moving from an ATX to a mini-ITX build seamlessly as it also supports both ATX and SFX PSUs. That said, the case is actually a bit large, measuring around 360mm tall.

Overall, it’s a really unique PC case due to its clever mesh construction which allows it to maximize airflow without the need to use a lot of fans.

The entire case is made of SPCC to make it durable, and it comes with a tempered glass panel on both sides. Moreover, you’ll notice plenty of gaps throughout the case to facilitate optimal airflow. Thanks to its size, you can place various PC components inside and there’s even enough cable management to make your setup look clean and organized.

Unlike other PC cases on the market, this one doesn’t come with pre-installed fans. However, this can actually be a good thing as it lets you choose which 140mm fans you want to place. You can install two at the front and another two at the top.

Overall, it’s a really solid choice for gaming due to its design. However, keep in mind that it only supports mini-ITX and micro ATX motherboards. So if you have a different motherboard, then sadly you’ll have to go for the other options.

PC cases designed for optimal airflow don’t come cheap. That’s not surprising at all considering the features they come with. However, if you don’t mind ditching most of those features in favor of a more affordable PC case for airflow, then the MasterBox NR600 from Cooler Master has you covered.

The NR600 is a mid-tower airflow case with a front panel made of metallic mesh. These panels have tiny holes that are smaller than most mesh cases on the market.

Despite its budget price, the NR600 is actually a decent PC case for airflow. It can fit three fans on the front panel and another fan at the back. The interior is a bit spacious as well, allowing plenty of components to fit inside.

That said, it’s a bit lacking in terms of other features, but if you don’t mind that, then this is by far the best budget PC case on the market.

When choosing a PC case, design and price aren’t just the two factors you should consider. Proper airflow plays a key role as well, and in this case, the ones we’ve covered do just that.

If you want to get the best value out for your money, we’d recommend going for either the Fractal Design Torrent Black E-ATX or the CORSAIR 7000D AIRFLOW Full-Tower ATX case for optimal airflow. 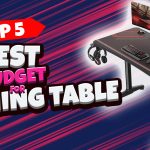 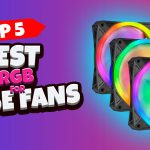