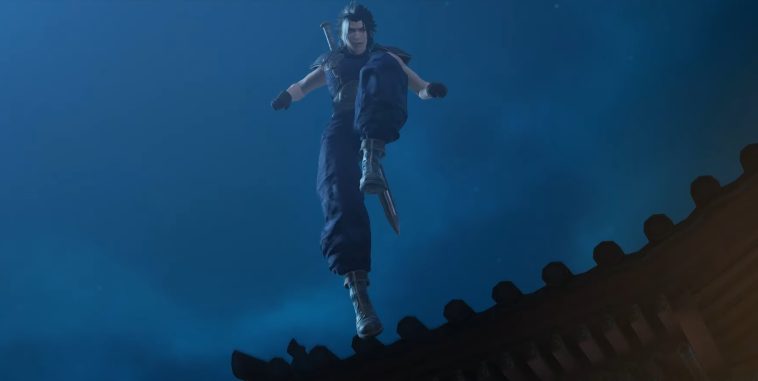 The remaster of Crisis Core is finally out on Steam on December 13, 2022. The improved graphics quality, combat systems, and soundtracks will surely take you to another level of adventure experience.

Play Crisis Core Final Fantasy VII Reunion and follow the storyline of Zack Fair. As you go on with the plot, you will have to reach checkpoints and do the objectives of the mission in order to progress. Once in a while, you will also complete achievements while you are doing the mission.

One of the achievements that you can unlock is the Hero of the Wutai War. The only thing you should do is defeat all 16 enemy groups located in Fort Tamblin.

In this guide, we will tell you all the places you have to go to in order to locate all the enemy groups and acquire the achievement trophy.

The location of the first enemy group can be seen once you arrive at the entrance of Fort Tamblin. There will be a cutscene wherein Zack Fair will jump from above, surprising the enemies.

There, you will meet two Wutai Privates and one Wutai Sergeant. Taking down these enemies will resolve the first location.

After defeating the enemies from the first location, it will trigger a cutscene. When the cutscene ends, you will be standing in an aisle. Turn left and enter another room.

You will meet two Foulanders. In order to defeat these enemies immediately, you will have to use Magical attacks as the enemies have an elemental weakness.

Make sure not to leave the area quickly. Approach the left side of the room and you will see a chest that will give you 1x Soma.

To go to the next location, turn right and enter the next room. Once you enter the game, a cutscene will be triggered. You have to be alert because right after the cutscene, the battle will begin.

For this stage, you have to defeat a Foulander, and two Wutai Private.

Right after you defeat the previous enemies, simply head to the right side of the room and the enemies will automatically spawn.

You have to defeat another three Wutai warriors.

Once you finish off the three enemies, follow the path until trigger another cutscene. There, the Wutai warriors will run away from you. To reach the next location, simply follow them by going through the door on the left side.

Once you finish the second cutscene, you will have to face another three Wutai warriors.

When you finally defeated the enemies, head to the door next to the wall. You will see two chests inside the next room. The first chest will give you a Potion, but the second chest has nothing inside.

The second chest that you have found from the previous location is a trap!

Once you open the chest, you will get nothing from it but the enemies will appear. Four Wutai warriors will be needed to be defeated on this stage.

For the next group of enemies to face, go this way and enter the next area. As you step your foot inside, another cutscene will be triggered.

When the scene stopped, you will see yourself fighting against two Foulanders.

Head this way to trigger another cutscene and summon the next enemies.

Once the cutscene ends, you will fight two Foulanders and two Wutai warriors.

After the previous battle, you will find a chest on the right side of the area. Be careful when you approach this as entering this next area will cue the enemies to appear.

Before you even get near the chest, a Foulander and two Wutai warriors will appear. Defeating them allows you to safely open the chest and obtain an Ether.

As you can observe, the area seems to be a dead end. What you have to do is approach and interact with the wall located on the right side of the chest. Once this turns around, it will trigger a cutscene. Eventually, four Wutai warriors will spawn.

To reach the next location of the enemies, interact with the tower that you can see behind you. Once you are spotted, the warrior guarding the tower will call on the other enemies.

When this happens, you will be facing two Foulanders and two Wutai warriors.

From the previous location, simply follow the path until you see this wall. It might confuse you a bit because the first wall that looks like this cannot be interacted with. So, you have to keep going to find this next wall.

After the cutscene that will play, you will have to deal with three Wutai warriors.

For the next location, keep following the path until you reach the tower again. For the second time, the guard will spot you and will alert the other warriors.

From your location, head to this aisle and keep tracing the path until you reach this wall.

At the end of the cutscene, you will see enemies waiting behind a door. You will then be asked whether you will reroute or attack them. Choose Charge and defeat the three Wutai warriors.

To go to the next location, go back a little and look for this wall and interact with it. After that, you will face three Foulanders.

Approaching the last location, you will see a chest behind the tower. Open it and you will get a Hi-Potion. After that, turn your back and go straight to the path that you will see. Keep heading forward by following the path until you reach this area.

Here, you will have to fight three Foulanders for the last time. 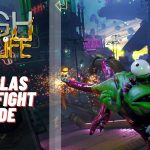 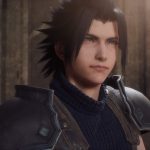