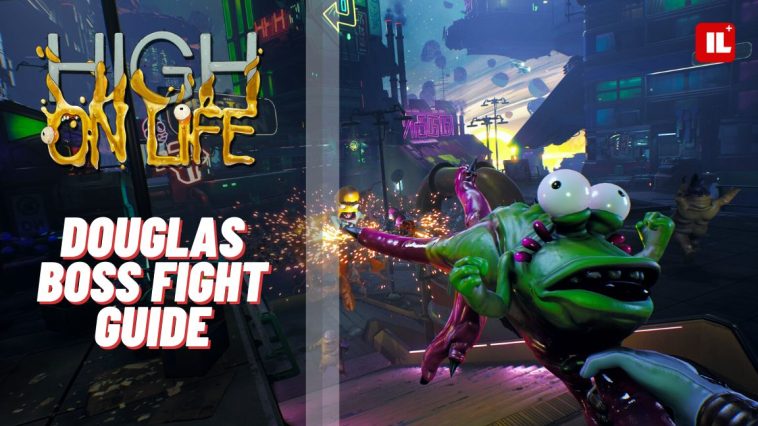 There’s a new game out there and it’s from the co-creator of Rick & Morty! High On Life is an FPS game that gives it’s own twist to the genre, in a time where there’s so much serious FPS games out there striving for action or realism, we have this game which has funny guns that talks. That’s right this game doesn’t really take itself seriously and prides itself with its interesting characters, funny dialogue and story and stylish graphics. You get to collect all sorts of guns with their own personalities and abilities to help you become the best bounty hunter there is. There’s also bosses in the game with unique mechanics and in this guide we’ll show you how to defeat one of them!

This boss fight can be quite difficult and it’s an equal part because of the boss and because of the arena. Douglas will keep on jumping around the 4 pillars of the arena which makes it hard to keep an eye on him. Sometimes the boss fails to jump to the next pillar and instead falls flat on the ground, use this opportunity to shoot him some more!

The arena has these squares that will start lighting up before activating into an electricity trap, step on it and you’ll get damage. This can be tough to do since most of the time the boss is high up on the pillars so you have to keep an eye on the floor as well from time to time.

The boss also summons minions sometimes and often activates all the squares in the arena and you’ll need to keep airborne to avoid it. Aside from those, it’s all in the matter of your shooting skill and situational awareness to defeat this boss.

Congratulations you now know how to deal with this boss in High On Life, now go out there and try to beat them! Many thanks to 100% Guides for showing everyone how to do this, if you need more information on the subject then go check their video out here: High On Life Douglas Boss Fight – YouTube 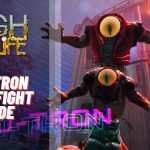 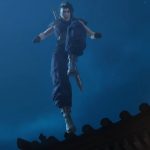