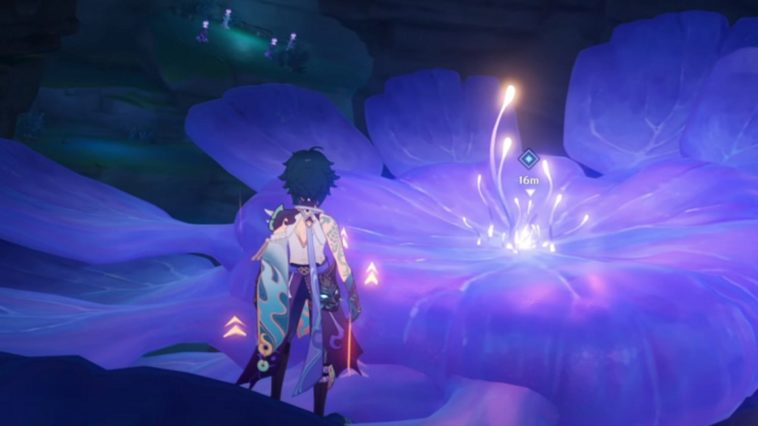 If the puzzles in Enkanomiya are not enough for you, you may want to take a look at the Hidden World Quest called Lotus Eater. This World Quest takes you through a series of puzzles following a story of a spirit who lost its name.

The World quest has no markers so start by going to the northwestern teleport waypoint in the Serpent’s Heart and make sure that it is Evernight.

You will see here that there are different walls with symbols on them. From here, jump off the railing and glide down.

You will see an opening that leads to a cave with statues. Go into the small crack or opening on the wall next to the altar with candles. Go inside and turn right and you should see a stack of rectangular stone platforms and symbols on the wall.

Climb the wall and activate it. The symbols will light up in a specific order and you have to remember the sequence for later.

Now, go back up on the surface near the teleport waypoint and go into the walls with symbols following the sequence as shown above.

After activating them all correctly, a spirit will appear, go talk to him.

Now, circle around the area until you see an Ancient Stone tablet. Read the stone tablet and report back to the spirit.

Afterwards, go to the northwestern teleport waypoint in the Narrows and head north, making sure it is Whitenight.

Jump down the cliff and you should see three triangular statues on the platform below. Hit the right statue once, and both the central and left statue twice.

You should get a notification saying that they are in the right position. If not, keep hitting the statue until you get the notification.

Now, go inside the wall that just opened up and enter the crevice to your left. You should see a mechanism that changes Whitenight to Evernight.

Change to Evernight and glide down the opening on the ground. Climb the staircase and talk to the spirit at the end of the hallway.

Make sure to pick the “After the sun, the darkness starts…” option. Follow the quest marker to the northwestern teleport waypoint in the Evernight temple.

Defeat the enemies here and get the Water of Lethe. Now go to the quest marker in the Serpent’s Bowels and climb up the huge purple lotus.Use the Water of Lethe to water the lotus and wait for the server to reset.

Once the server resets, you can get the Dragonbone Orb inside the lotus and 30 Primogems! 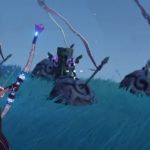 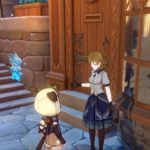