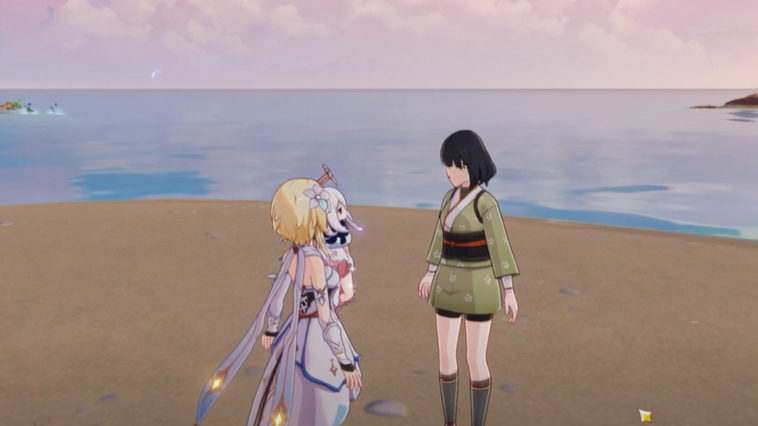 The Solitary Sea Beast is one of the World Quests available after discovering Watatsumi Island. This quest gives you a total of 40 Primogems and 30,000 Mora.

Go to the Mouun Shrine Waypoint and go south. You will find an NPC called Kumi. Talk to her to begin the quest. She will ask for three Sakura Blooms which you can get by attacking the cluster of petals in the air with the Electro element. Give Kumi the 3 Sakura Blooms she requested.

Clearing out the Hilichurl Camp

After giving her the 3 Sakura Blooms, you need to clear out the Hilichurl camp on the coastline and rescue Anisa. Talk to her and she will ask you to solve the puzzle of the Watatsumi Statue.

Activating the Electro and Hydro Pillars

An exquisite chest will appear after solving the puzzle. Talk to Anisa and Kumi to finish the quest and get the achievement called “A Mermaid’s Tale”. 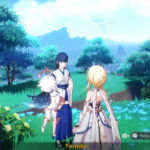 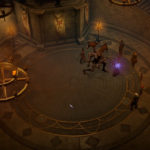