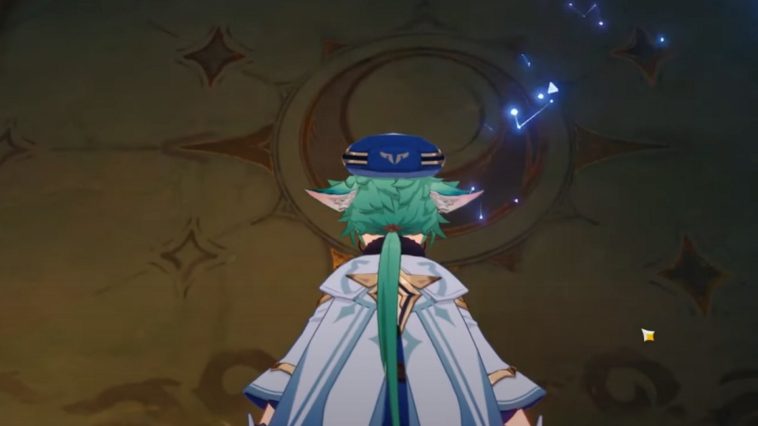 After giving Roald the Flourescent Fungus, he will ask you to be on the lookout for any strange markings that you can find on the Tsurumi Island. You will need to take a photo of 6 Murals on the Island, but the game does not tell you where to go.

For the first mural, teleport to the Shirokoro Peak Waypoint and go straight down to the underground cave. Keep on heading north until you see that you are on the edge of the beach on the map. Head east, climbing over on the broken wall, where you will see the circular door.

You may need to use your Peculiar Pinion Gadget here to break the wall. Go north and down the stairs and then north again. You will find the Electro puzzle here and you need to take a photo of the mural on the ceiling.

From the first mural, go northwest and go up the stairs to the south. Go through the circular door and keep heading north until you find a fork to your left. Go left and you will find the mural on the wall.

From the second mural, go north until you go through the circular door. The third mural is next to the multiple fire torches, on the right side of the wall.

Now go back to the room you were in where you found the second mural. However, go to the other side of the room. You will notice a room here containing all three remaining murals. Take a photo of all three murals using your Kamera. Talk to Roald to complete the quest.

READ NEXT: Genshin Impact: Give Roald the Fluorescent Fungus Guide 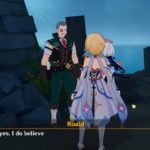 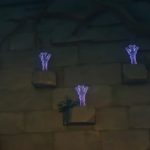