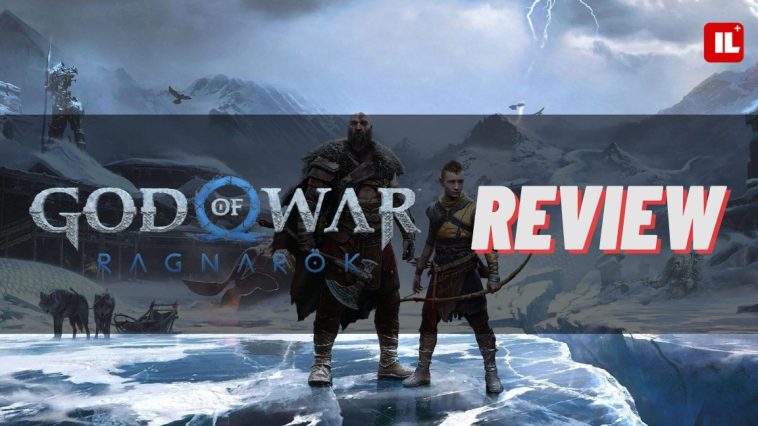 God of War Ragnarok is the successor to 2018’s God of War, making it the series’ ninth main entry and ninth entry overall. Featuring Kratos, the series’ main protagonist, and Atreus, his adolescent son, the game is loosely inspired by Norse mythology and takes place in ancient Scandinavia.

Ragnarök, the apocalyptic catastrophe important to Norse mythology, is the focus of the last installment, which was prophesied to occur in the previous title when Kratos murdered the Aesir deity Baldur.

In this review will be making an in-depth review and going over all the good and the bad sides of things. In the end, we will conclude with a summary and a rating and let you know our opinion of it. Let’s get started.

Is It The Game Of The Year?! – God Of War Ragnarok Review

We shall start off with the many good things of this God of War experience.

God of War Ragnarok is a story based driven first and then comes the gameplay and exploration element. With that being said, this game’s story is simply fantastic. The formula that the Sony team follows is borrowed from other popular titles of tiers and they improve on it so much.

The one that we got in 2018 was thought that it could not be topped out and we were left believing that we might get something lower in this release because of it, but the story didn’t fall any short than the previous title.

It is a fantastic Norse tale of Kratos and Atreus and the many bonds that will get created in the world that you will play in. You get attached to the characters and there are many ups and downs. Sometimes it could be said that the pacing could have been done a little bit faster to suit the whole premise of things, but even with the slower tempo at times it will be backed up with a boom and in-your-face type of moment.

There are some players that might say that the story isn’t anything out of the ordinary. Those players haven’t clearly touched the content and the story near the end of the game. It definitely has one of the best satisfying and rewarding conclusion.

God of War Ragnarok looks spectacular. The visuals will make you breathless a lot of times and usually, the biggest moments are when you feel so small in the huge world around you. These are typical types of God of War moments and this game has them too.

No matter what map region you will go to, you can easily notice the smallest of small details. The water waves, the slight and soft movement in the sand, the attacking bosses with the fur moving along with your attacks on impact, the Draugr falling to pieces or explosions.

If you are looking for any improvements from the 2018 release, you might be disappointed but the game basically looks the same as the one then. But still, you will be fully immersed in the Ragnarok world because of its visuals.

The music and the sound ambiance will make you want to buy that new quality headset gear that you have waiting for for weeks. Now is the perfect time to get them.

The voice acting is out of this world and there are so many lines or dialogue that is placed as extra inside this game that will make you really active with your hearing just waiting for a random type of comment from the characters.

The music will make you immersed in the ambiance and you can really tell that a lot of effort and passion has gone inside when making it. Every type of map region will have its own type of music and sound that goes along with it perfectly.

God of War Ragnarok’s gameplay has improved significantly from the previous title. It perfects all of those mechanics from the first game and adds some additional mechanics that once we’ve seen them, we didn’t know we needed.

The combat is far greater than what we remember. Every weapon has additional abilities now and entirely new animations to make you feel like a real badass when you throw and chop enemies in half.

The real beauty of it is that enemy has way more moves for you to focus on. Also, you will come up and face a lot of mini–bosses that have been created all differently than the rest. At the beginning of the game, you will have to focus on your defense, while that overpowered feeling comes at the end stages of the game.

The exploration is also a big upgrade from the last game. Around every single corner, there is something new waiting for you to explore it. Wherever you may enter, through the smallest gaps you will get a new side quest or a random new secret boss to fight against.

Sometimes it has happened to us to go looking for a new item to discover and ended up unraveling an entirely new map region that was secret and hidden from the world map.

Some of the regions are closed off until you complete the game which makes playing this game with the end content very interesting too. You won’t get that feeling like you’ve seen everything in God of War Ragnarok pretty much in no time!

You can finish God of War Ragnarok in around 35-40 hours, depending on your playstyle. In these hours, you will be doing so many things and changing so many areas that you will forget that you are playing as Kratos and inside the Norse Saga.

There are so many enemy varieties that you will face against. Each of them will be different with its own unique set of settings, attacks, and defense methods.

The map is huge and there are so many things to discover. Wherever you will go, the game will want you to keep exploring its smaller tight corners by adding the things inside the menu of how many collectibles there are actually are in a map region. Also, there are so many cool little secrets that you can find out on your own. Many of them have probably not been documented yet so be on the lookout for them!

We must include this because many of the gamers out there will be scared because of its stunning beautiful graphics and very big world and size.

God of War Ragnarok runs and plays phenomenally. It is very well optimized and you will spot a bug or two, but not any types of game-breaking issues. You will be dealing with lots of enemies in big areas with a lot of things around you without noticing any performance drop at all.

There are so many little options that you can choose when playing God of War Ragnarok. We are so happy that devs are embracing this idea of giving the players a lot of options.

For instance, you will have so many options for how to place your camera because it might become frustrating at times, or what to do when moving and attacking and etc. Also, the game might come off as hard, extremely hard if you prefer it that way, or just easy and very basic to go over. This way all types of gamers can be satisfied when playing it.

Can there be something bad about this game at all? Well, some annoying things yes. Let’s check them out.

Don’t get us wrong when we place the customization inside the Cons list. It is a fully working and functional system that deserves its shoutout as a good thing. But when compared to the other things that this game going for it, it really falls flat.

There are so many attack choices and attack moves that you can do in God of War Ragnarok that we felt as though we might need more options when it comes to customizing them. You will have your armor and your attachments that add on and rank up your gear.

You will just get stronger attack or defense moves and only sometimes once you find some rare items you will unlock some powerful moves.

This is for the OG God of War players out there. Just like the game in 2018, even in Ragnarok, we won’t be getting those types of epic finishers that the first God of War games had.

Maybe this is a personal feeling, but throughout the game, you will be doing all the same finishers over and over again. We think that it feels lazy since they basically carried over on the finishers from 2018.

Some of the side-content in God of War Ragnarok falls into the typical genre of AAA games. You will need to be doing that same old formula of going here and collecting that type only to bring it over there.

You might think that although there is so much content in the game you won’t feel it, well as you become to the end stages of the game this becomes increasingly present.

Although this might be just us because we love exploring everything that this game has to offer before we have actually finished the main story. But still, it does come off as repetitive at times and only for certain types of side quests.

This isn’t something necessarily that we have felt when playing the game, but players have been complaining about not being able to enjoy the puzzles because of the annoying companions.

This isn’t such a big Con as some might think because the puzzles are done somewhat balanced – some hard and some easy. But still, it is a thing that can be annoying and improved on in the future.

God of War Ragnarok is without a doubt a Game of the Year contender and possibly a clear winner! You will be getting your money’s worth for the high price that this game has and even if you are a newcomer to the God of War franchise, this game is also a perfect place to start with. We definitely recommend getting God of War Ragnarok as it improves on the very successful formula from 2018.

ALSO READ: Nobody The Turnaround Review: Is This The Best Life Simulator Game?! 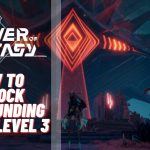 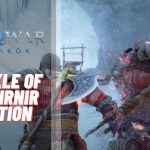