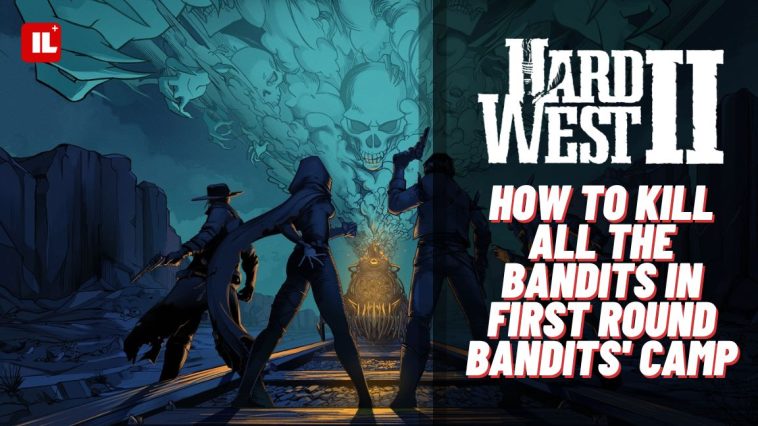 Hard West surprised a lot of turn based strategy players back when it released with a Weird West style XCom-style turn based game. Weird West is a term mostly used in fiction in tabletop RPG. It mixes the western cowboy tropes with occultism and native-American magic and culture. Think of it as a fantasy version of cowboys. This genre has been long untouched by games until titles like Hard West and Weird West started popping up making a permanent stage for the genre in gaming. In this guide we’ll show you how to beat a certain encounter in the game in one turn – the First Round Bandits’ Camp.

At one point in the story of Hard West you’ll meet a group of bandits. When you do, you’ll be given a choice of resolving things the diplomatic way. Or, the way that involves them leaving the mortal plane. We’ll be picking the latter for this guide, for obvious reason.

Above is the loadout for this guide, what’s important is that we give Old Man Bill some Dynamite and give Laughing deer a revolver. Gin Carter needs to also have a ranged weapon while Flyn can just bring anything.

When the fight starts, you’ll have the first turn. This is great because there won’t be any overwatch and you can easily have the first turn advantage. What you want to do first is get Laughing Deer in range of the two weaker enemies in the encounter. At this point in the game, he can easily kill both with a single shot. Since he’ll have bravado, he can do so.

Now the problem is that we have one enemy that is far away from the bunch. So, use Flynn by placing her next to one of the enemies. Use her ability Shadow Swap to swap their places.

Now that the enemies are all nice and clumped up while Flynn is out of harm’s way you can move to Old Man Bill and throw a dynamite at them! You can’t really hit all of them so just pick the spot that hits the most enemies. Once it blows up you can use him again to kill off any bandits that you can reliably kill in one hit.

Next is to position Gin Carter so that he can hit all the remaining enemies with his Shadow Barrage. This will take a large amount of every enemy’s health so that they’ll be ready for the coup de grace.

At this point you can have Laughing Deer finish them off using his melee weapon to quickly dispatch all the remaining enemies. Make sure to hit the weaker ones first to build up bravado to continue attacking.

Congratulations, you now know how to clear this bandit camp in one turn. This strategy may or may not be possible in higher difficulties so keep that in mind. Big thanks to BmanPlays for showing his strategy for everyone to see. If you want a more in-depth look on how he did it, go check his video out here: Hard West 2 How to Kill All the Bandits in First Round Bandits’ Camp | Gameplay Walkthrough | 3 – YouTube 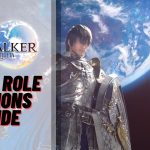 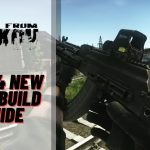