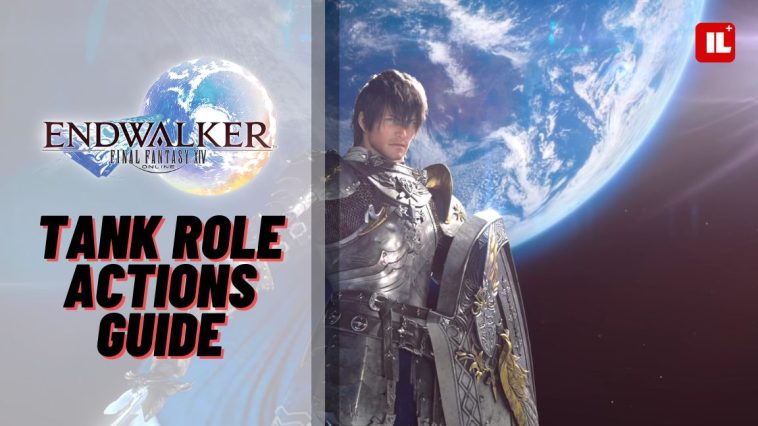 In MMORPGs jobs or classes fall into certain roles, the tank, the DPS and the healer. Most games are more complex with the roles with different kinds of tanks, DPS and healers but the idea is the same. In a perfect world there would be an equal number of these roles in an MMORPG, but the more these games come out the more we see a pattern. More people tend to gravitate to DPS roles, while recently there has been an increased number of players that take the healer role, many MMOs still have a shortage in Tanks. So, if you’re here trying to play a tank then good on you, keep at it, you’re a rare player and everybody will want you. Let’s get started with this Tank Role Actions Guide.

Tanks in Final Fantasy 14 can be a bit different than other MMOs, while in other MMOs tanks can be quite low in terms of damage dealing, in Final Fantasy 14 they can actually deal some damage. Of course, they’re not as great as the DPS, but the mantra of FF14 where all roles should be able to deal damage works well with the tank and healers. It engages the players more with skill rotations instead of just standing there and taking hits.

There are many tank jobs in FF14, but all of them share the same tank role skill tree. This tree comprises of skills that are out of the global cooldown. This means that skills in this tree have their own cooldown and can be used in-between your normal skills. Don’t worry about memorizing them though since there’s only a handful.

Rampart is the most basic skill you’ll get and it’s the first skill you acquire as a tank. It reduces all damage taken by 20%. This is usually used when finishing a mob pull or when you’re going to take a tank buster, which is a boss’ skill or spell designed to give massive damage to tanks. Often used with other skills to boost your defenses.

Low Blow is the second skill you’ll get, this one isn’t as useful as rampart. It sounds great on paper, a stun skill! Then you learn that the more you stun an enemy the shorter the stun durations are, and at one point they’ll be immune to your stuns. Add the fact that a certain point in the game most bosses are stun immune and this skill becomes less of a great one. The most you’ll use this is from solo content, or if you want to stop an AOE from a trash mob and remembered you have this skill.

Provoke is a skill the sounds simple on paper but is actually more complex. When you use this skill, it will place you on top of the enmity list and adds more enmity, which is the game’s term for aggro. Very important as a tank.

The thing you need to keep in mind though is when you use it. In low-end content, provoke is useful when you somehow go down. When the healer resurrects you, DO NOT use provoke immediately. Instead wait for the healer to heal you to a comfortable level where you can actually tank. That’s the time where you use provoke, so you don’t die just after resurrecting.

In High-end content provoke is used to switch a main tank to an off tank. I won’t go into too much details on this because it’s not in the scope of the guide but basically this used in switching tanks when they’re hit with tank busters or are taking too much vulnerability stacks.

Interject is Low Blow’s more useful sibling. Like provoke this skill has different uses in terms of low-end or high-end content. The skill interrupts a target’s action, this may be a skill or a spell. In Low-end content this isn’t really that important unless you want to make the healer’s life a little bit easier.

In high-end content on the other hand, using this skill can be the difference between winning or losing. There are some boss skills or spells that have to be interjected in order for your party or for you to survive, and what those are needs to be learned when you’re tanking.

Reprisal is an AOE debuff, it basically reduces the enemies damage dealt by 10%. Think of it as a weirder AOE version of rampart, despite being an AOE skill it’s best used is in bosses since the AOE is quite tricky to hit large trash mob pulls. A great skill to have combined with other skills like rampart. Just remember, in high-end content where there are two tanks, reprisal doesn’t stack.

Arm’s length is a skill that’s actually shared Tanks, Melee DPS and Ranged DPS. It’s a skill that places a barrier on you to stop knockback or draw-in effects. Very useful in bosses where they have those effects designed to push or pull you out of the arena to your instant death.

Also remember that when hit while the barrier is active will apply slow to the attacker. Slow means slower attack speed not slower movement. So, it also doubles as a skill that lowers enemy damage in a way.

Shirk is a skill that moves 25% of your enmity or aggro to another party member. A great prank to play on your healers or DPS. Jokes aside, this skill has a very specific use case. It is only used at high-end content where you have a co-tank. When your co-tank wants to provoke and switch with you, you can help give them aggro by using shirk on them.

And that’s all the skills you get in the general tank role. Remember these are role skills and you get more skills in your specific job. Congratulations, you now know how to tank, now go out there and get hit!

READ NEXT: Stardew Valley: How To Get Unlimited Coal | Coal Farming Guide 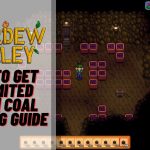 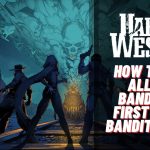