Like every other month, also in this one, we have a short summary of the best RPG games of the month for all you RPG fans. The choice is of course big but we reduced it to the top 5 games.

So as we get closer to the end of this year the choice starts to shrink. Of course, the expectations are high for surprises in the coming year where we can certainly expect great games.

Don’t get me wrong the choice this month is great but of course, we can expect many new surprises from the first month next year.

Initially, Demon Gaze was a game that was released in 2013 in Japan, and in 2014 the game was available to all players.

The game itself is made for gamers on consoles, especially for PlayStation gaming.

The story takes place in Misrid, a region that is cursed by tragedies in the past.

Demon Gaze is an eye that controls demons. The main character with the help of this eye a.k.a Demon Gaze, becomes a bounty hunter.

What new do we actually have in Demon Gaze EXTRA?

Improved graphics and, the look of the game, new elements that improve the in-game experience can certainly be mentioned as news.

The game retains the old flavor only improved in many fields.

Wolfstide was developed by OTA IMON Studio from Brazil. This studio brought together the most creative developers from all over the country and this resulted in Wolfstride. The game is made for PC gaming.

The game is about three partners with suspicious backgrounds. They get a junkyard called a Cowboy.

After this, they unite to succeed in entering the most elite mecha competition Ultimate Golden Lord Competition.

Each of them has a special set of skills that will help them with the challenges they will have along the way.

Not surprisingly making money is not easy in this game so good luck with that one.

Wartales spices up the choice. This game offers an open medieval world.

The action takes place in the period after the great plague, the survivors are struggling for survival, pretty much everyone is poor.

The villages are fighting with each other, there are also a large number of mercenaries who are essentially loyal to those who pay enough.

There are still a few lords who rule. You can customize your band of mercenaries as well as their equipment.

As you earn more money you can invest in new mercenary skills, equipment, and the like.

I can say that this is my favorite on this list because it provides something different from other RPGs and is certainly a good choice for those who like medieval RPG games.

The game was developed by Shiro Games and is still only available early this month. You can only play it on a PC platform.

The action takes place in 518. There is a great rebellion by the Mage. War is known as the War of the Mages.

The crown handles to win a heavy victory over the rebellion, but this is where the chaos and anarchy in the regions take place.

Everyone is looking for shelter and on top of that comes a severe mysterious disease that spreads rapidly under the name Bloodburn.

New modes have been developed that allow you to compete with other players.

This game covers all gaming platforms by getting the consoles with a slight delay. The game was developed by Gilmore Games.

1. SWTOR: Legacy of The Sith

On the tenth anniversary of Star Wars: Old Republic we receive the great expansion of the Legacy of Sith.

This is the eighth expansion of the game and offers new locations, opportunities and abilities.

Sith’s Legacy takes us back to Maan or the one water world of the Knights of Old Republic. Here we will have shark attacks.

This time, you’ll be on Manaan planet to find out what renegade Darth Malgus is up to.

In this expansion, we will catch up to a lot of old characters like Tau Idair, Arn Paralun, Lana Benico, Dart Rivix.

This expansion has a new combat style system. This allows players to choose combat abilities in different classes from level one. This allows you to quickly unlock advanced classes.

BioWare, Electronic Arts, BioWare Austin LLC developed this game and is designed for the PC platform.

This concludes our list of suggestions for the best RPG games for this month. We will have the next list in the new year with potentially better games. 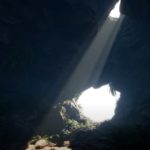