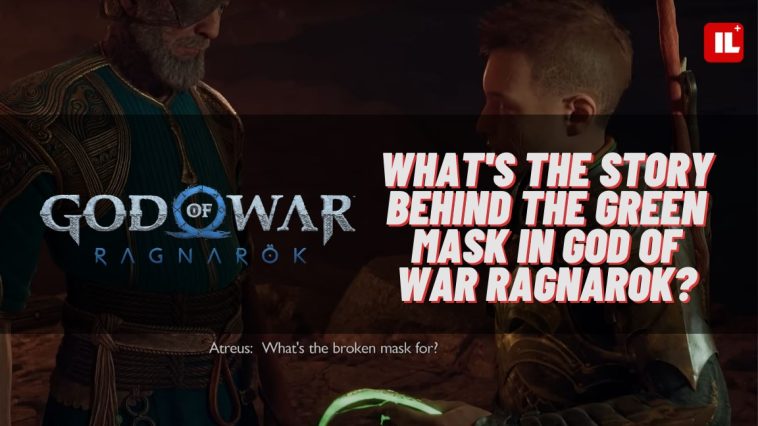 There are a lot of moments that players have predicted before Ragnarok came out. But with that being said, there are also a lot of moments that have totally skimmed past the majority of people and completely took us by surprise when playing this game. One very big question mark that is still unanswered is the Green Mask. In this article, we shall talk about it and reveal our theories for it’s meaning and story. Let’s get started.

God Of War Ragnarok – What’s The Story Behind The Green Mask?

The biggest and most prominent elements of this are without a doubt the mysterious Mask. About halfway through the game, while playing as Atreus you will travel to Asgard trying to prevent the predictive death of his father.

Then there is a scene where he will show you a very strange Rift that appeared a long time ago and Odin explains that looking inside this rift will grant infinite knowledge and provide all the answers to everything. Odin tried to do it once and he lost one of his eyes doing so.

Then he grants you a broken green mask. The story behind it is that you will need to look inside this Rift with the eyesight through the ancient mask that has been handed to you. This makes the rift and the mask both mysterious in many ways. Both of them are massive question marks.

This mask will be broken up into 3 pieces that you shall need to re–assemble throughout the game when playing as Atreus. Even if you do collect them and completely finish the game’s story and everything about it, the questions still remain unanswered.

As you are about to equip with Atreus to find out about all the answers and the world around you, you will be accompanied by Kratos giving Atreus a choice for whether putting it would be a good idea or not.

By the time the story ends in God of War Ragnarok, both the mask and the rift are gone because of Atreus’s action of breaking it in half. Then begins the fight against Odin.

Nothing is actually answered with the mask in this game. But we can certainly be sure that in the future this mask is going to be playing a very important plot in the future games that might be coming out as the story moves forward in its next era.

Odin refers to the mask as a tear of reality and a gateway to other Realms. That leaves us guessing that this might just be the way of how the game will travel to other mythological realms and themes.

Atreus’s Future And The Green Mask

It may even be tied and linked to the story of Atreus and his ability will be to actually jump through other lands and mythological worlds and the journey that he goes on at the end of the game. Even Odin tells Atreus that he is the only one that can put the mask on.

At the end of the game, Atreus even has good ideas of where to start looking for other Giants. Can it be possible that those other Giants that didn’t whisper their souls into marbles are hiding out there are in the next game of God of War?! The closest that we can go into this theory is that they have found refuge from Odin in, possibly Egypt.

This Green Mask is possibly laying down the foundation and the development of Atreus’s character and the new game, or maybe even DLC, coming out in the future in the God of War Franchise. Even the game developers have wanted a storyline where Atreus leaves at the end of the game confirming our theories.

Will our theories turn out true or will the mask just be completely forgotten as time goes on, or is it really an easter egg from Jim Carrey’s The Mask? Only time will tell. Until then, be on the lookout for any news because we will have you covered.

ALSO READ: Will The Next God Of War Return To Its Original Scale? 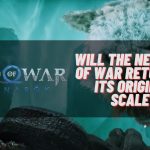 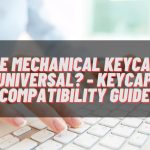