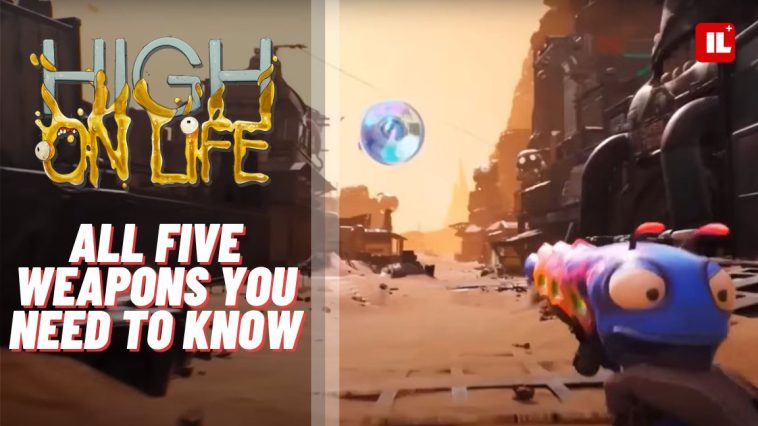 High on Life is just around the corner and there have been talks about the rifles that are coming out with it. That is why in this guide we shall be giving you all the information that you need about these 5 new weapons. Let’s get started and show you just how good these weapons are.

High On Life – All Five Weapons You Need To Know

Knifey is a weapon that is basically a knife, hence the name. The best thing that Knifey loves doing is stabbing. You will be using it as a melee weapon and in very close-quarter situations. Also, it will come in handy if you are dealing with smaller types of weapons.

It is the best weapon to use when you get close to an enemy and you simply want to take them down without having the hassle of loud weapons. Knifey is voiced by Michael Cusack which is certainly a good thing.

Kenny is a pistol weapon that you can equip. Kenny also has a secondary fire, other than the primary pistol-like firing style. This secondary fire will actually shoot a grenade-like projectile at the enemies in front of you.

Kenny is going to be probably the most used pistol in the game and it is voiced by Justin Verland.

The third weapon in your arsenal will be the shotgun. This shotgun is actually called Gus and it can pack a punch. It is good for medium to close ranges. Gus is voiced by JB Smooth.

Sweezy is that rifle that will shoot out needle-like projectiles out of itself. You will use it for a variety of situations that will make it a very handy weapon to have at hand. It will also have a secondary rifle method that will trap enemies immobile. It is voiced by Betzy Sodorado.

This is the weapon that you will need to use when you’re facing a lot of enemies at once since it is a grenade launcher. Instead of regular grenades though, Creature will shoot his own children which will deal a lot of damage to the enemies. He is voiced by Tim Robinson.

That’s all that you need to know about these new rifles! We hope that this guide has given you the information that you were looking for. A big thank you to Realm Space Gaming from YouTube. Check him out for more details.

ALSO READ: How Long Is High On Life? | Gameplay Length 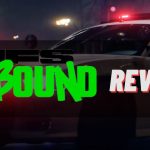 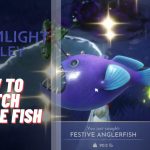