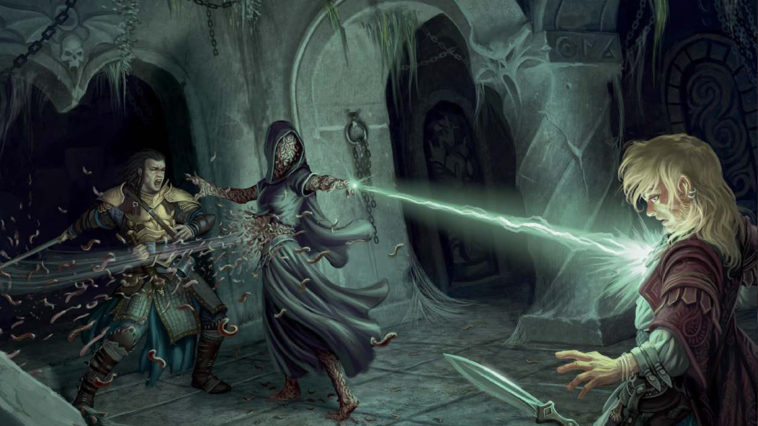 Pathfinder: Wrath of the Righteous has almost reached its 1 week birthday and there are still not enough guides out there to show the way for all the rookies of the world! For places like the Ivory Sanctum, there is a great need for a little bit of help, so here I am, ready to show you guys how to get through all the locked doors of this place, including the main entrance, all the way to the end of the dungeon. Let’s get right through them!

How to Open All 3 Doors At Ivory Sanctum – Pathfinder: Wrath of the Righteous

If you’ve traveled to the Ivory Sanctum and tried to get in, you’d have probably seen just a big boulder blocking your way and a pile of stone you can interact with.

Let’s see how you open it:

What you need to do here is insert the Bone Key in the stone pile in order to open the entrance to the dungeon.

Where do you get this magical Bone Key? From Wintersun. You’ve probably been here before, thanks to other sidequests, but if you haven’t, it’s straight South of Drezen.

You get the key by going to the village that’s in the Southwestern part of the map and doing the sidequest that’s there.

Without spoiling much, just know that if you go to the chief’s hut there, you will get the Bone Key.

After you enter the Ivory Sanctum, after your first 2 battles in there, you will stumble over a locked door that can be opened with the help of a mechanism.

It can be opened by standing over the 2 Pressure Plates in that room. You can see them in the picture above circled in red.

Just select your characters one by one and put them on the plates. The door will open automatically once you’ve done that. If you’ve played the previous Pathfinder, you know how to do this.

Door 3 – End of the Sanctum

Once you’ve reached the end of the dungeon, you’ll find a door that’s identical to the one from before.

Find the 2 pressure plates, as before, and stand on them. You will realize that the door hasn’t opened yet. You’ll need to interact with the handle that’s next to the door in order to open it.

You can see the handle in the picture above.

So, stand on the pressure plates and, at the same time, interact with the handle. The door will open and you’ll be able to progress the story and finish the dungeon.

READ NEXT : Pathfinder Wrath of the Righteous: Camellia Build Guide 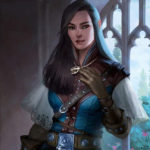 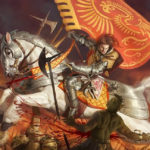