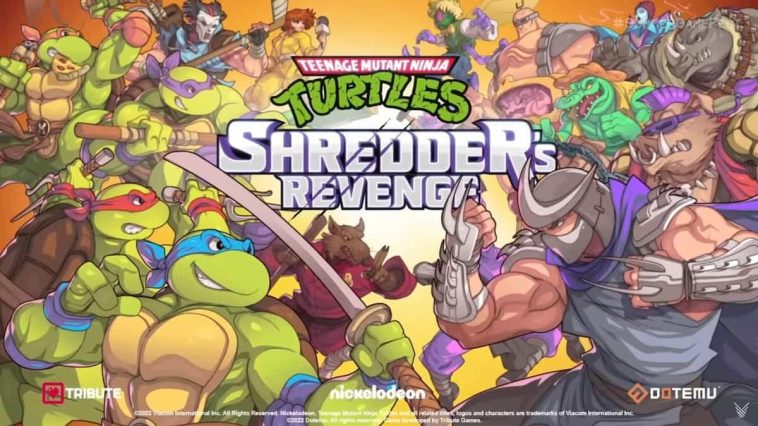 Teenage Mutant Ninja Turtle: Shredder’s Revenge is a love letter for classic 2D sprite brawlers, as well as to the fans of the TMNT franchise. So much so in fact, that Shredder’s Revenge is filled with collectibles that callback to old characters and stories that only hardcore TMNT fans can recognize. If you’re interested in finding all of the collectibles located in the game, follow this guide and we’ll show you where all 34 Collectibles are hiding.

In TMNT Shredder’s Revenge, there are 15 Episodes that the player has to complete in order to beat the game. Not all episodes have collectibles, so you won’t have to scurry every single corner of each episode to find one. Finding these collectibles can be a bit tricky, however. You might even miss a few if you don’t keep an eye out as they are hidden behind objects.

In Episode 1, there are two collectibles you can find. The first one is a Cameo. In the office area where you can see Foot soldiers “working” in an office, just past that area is a door that’s moving. Break open the door and you’ll find Burne, April’s boss.

Further up ahead of the news station, you’ll find the news anchors desk. Behind that, there’s a box with the Foot Clan insignia. Destroying the box will reward you with the Classic Headline. This is the first of three located in other Episodes.

In Episode 2, there are 3 Collectibles here. The first is a Classic Headline, which can be found next to a shop called TV Zone. Destroy the trash can right next to it and you’ll find the Classic Headline.

The second collectible is a Cameo. Past the TV Zone, there’s a car wash. Right next to it is an apartment building with two trash bags on both sides. The door is rattling, meaning you can break it. Destroying the door will reveal Irma, a friend of April.

Further up ahead is the last collectible for Episode 2. You’ll spot a blue mailbox next to a parking garage with a Foot soldier waiting to run you over. Destroy the mailbox and you’ll find the Secret Diary.

There are no Collectibles in Episode 3, so we continue on to Episode 4, which contains four Collectibles. Venture into the zoo until you come across two Foot clan soldiers enjoying some popsicles. With their masks on. Next to them is a trash can containing a Secret Diary. Destroy it, and collect the diary.

Continue onwards until you find two mailboxes next to each other. Destroy the right one and you’ll find Attila, a Cameo and a member of the Punk Frogs, which is basically Shredder’s answer to the Teenage Mutant Ninja Turtles.

Once you reach the monkey exhibit, they’ll start throwing bananas at you. Unfortunately, one of the Collectibles is hidden underneath the trash can. Destroy it and you’ll find a Disgusting Bug.

Continue until you reach the end of the monkey exhibit, you’ll find a pamphlet stand that you can destroy. Once you do, you’ll find the last Classic Headline collectible.

In Episode 5, you’ll find three Collectibles. Near the beginning of the level, you’ll find two pamphlet stands next to each other. Destroy the right one to find the Secret Diary Collectible.

Once you reach the sewers, continue down until you find a large round hatch. Destroying it will reveal Genghis, a Cameo and another member of the Punk Frogs.

Move forward until you reach some pipes. Next to them is a Foot Clan box. Destroy it and you’ll find a Disgusting Bug.

In Episode 6, there are five Collectibles. Right at the start of the level, there is a Secret Diary hidden under a trash can right next to the taco shop.

Going up the escalator to the part of the mall full of clothing shops, you’ll find a Punk Frogs cutout and a trash can in the middle. Destroying the trash can reveals a VHS Tape.

In the same area, approach the cutout and knock it down to reveal Napoleon, another member of Punk Frogs.

In the arcade, you’ll find two Foot soldiers having some fun. Right next to them is a popcorn machine. Destroy it and you’ll find a Cameo, Vernon, who is a rival of April.

In the middle of the arcade, you’ll find another popcorn machine. Destroying it will drop a Disgusting Bug.

At the start of Episode 7, there’s a red tool box you can find on a roof. Destroying it will reveal a Secret Diary.

Continue until you eventually fight a white Foot soldier. After defeating the Foot soldier, you’ll find another red tool box. Destroy it to get the VHS Tape.

Near the boss fight of the level, you’ll find two red tool boxes. One is smaller, the other is larger. Destroy the smaller one to get the Disgusting Box.

There are no Collectibles in Episode 8, so we continue on to Episode 9 which contains two Collectibles. Continue until you find the first hot dog stand and destroy it. You’ll find Rasputin, a Cameo and the last of the Punk Frogs.

In the carnival area, continue until you find a shutter with the Foot Clan insignia on it. In front of it should be a pamphlet stand and a trash can. Destroy the trash can to get the Disgusting Bug.

There are two Collectibles in Episode 10. The first Collectible is next to a truck with its back open in a trash can. Destroy the trash can to collect the Disgusting Bug.

Proceed forward a little and you’ll find yourself in some warehouse with the Foot Clan insignia on the floor. Head to the top left where there are boxes and a TV and destroy them. One of them has the VHS Tape.

In Episode 11, there are four Collectibles. The first one is after you successfully avoid two stampedes. There should be a pamphlet stand on the wall. Destroy that and you’ll get the VHS Tape.

After moving forward through the level, you should enter a storage room full of antiques. In front of the iron maiden torture device should be a Foot Clan crate. Destroy that and you will get the Disgusting Bug.

Right next to the area you’re in should be another Foot Clan crate. Destroy it and you’ll get a Crystal Shard.

In an area full of tents, you’ll come across a Foot Clan crate next to a cardboard box. Destroy the crate and out comes Dask, a Cameo from the 1987 series.

Episode 12 only has one and it’s pretty dangerous to get. You have to fight through the level until you reach the section where these towers will pop up and freeze you. Behind these towers is a Foot Clan crate. Destroy it and you’ll get the last Disgusting Bug.

In Episode 13, you will have to find three Collectibles. The first one is located on a screen where you will have to face a spider bot. There should be a Foot Clan crate sitting there. Destroy it and you should get the last VHS Tape.

This one is tricky to find. Unlike the previous Collectibles, they’re mostly hidden in destructible objects and closed doors that all stand out from the background. This one, however, is part of the background. When you reach an area with what looks like a disassembled drill, right next to it should be a dome-shaped object. Hit it multiple times and you’ll get a Cameo, Kala, who is also from the 1987 series.

Proceed until you reached a ruined section of the Technodrome. You will have to jump a gap and find three Foot Clan crates. There’s one at the top of the screen and destroying that reveals a Crystal Shard.

In Episode 14, you’ll come across only one Collectible which is a Cameo. After surviving an Indiana Jones moment where you run away from a boulder, you’ll come across a plant next to some turrets. Destroying the plan will free Zak, another cameo from the 1987 series and the last Cameo.

In Episode 15, you’ll find the last Collectible. In a room full of spike traps, you’ll proceed through until you come to the section where there are Foot Clan crates next to some explosive barrels. You’ll have to try and hit the box by itself, but you might hit one of the barrels too so be careful. Once the crate is destroyed, you now have the last Crystal Shard, as well as the last collectible in the game. 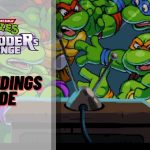 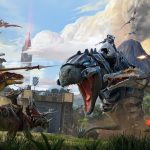