Named enemies in video games have always been a treat to the player. An enemy having name makes them stand out from the oceans unnamed mooks that you’ve been fighting in droves. It shows the player that there is something watch out for, that this enemy will be tougher than the rest. It also shows the player that this monster will often give more rewards and XP when you defeat them. In Tower of Fantasy there’s plenty of enemies like that and in this Four Powers Location guide, we’ll show you how to defeat four of them.

The Four Powers Location In Tower of Fantasy

In Tower of Fantasy, you can get achievements for taking down certain named enemies. With these achievements you can get points, loot and XP for doing them. Certain enemies however are part of a group or a list of enemies and in this article, we’ll be talking about the Four Powers.

The Four Powers are 4 named enemies in the game, scattered around the map for you to find and defeat.

Okka is one of the targets in the Four powers. Okka is a person inside a mech suit that can be tough to crack. He’s situated west of Navia Bay.

Like I said this enemy is tough and has a sizable amount of HP as well as a shield. Not only that but it also has an area of effect stun move that also damages you so keep that in mind. Most of its attacks are big melee swings so a ranged character can easily whittle them down.

The next enemy is Smoli, she is situated north of the previous boss.

She’s a ranged enemy with a gun but also has two dogs close by that she uses as meat shields. Defeating the dogs are easy and the fight itself isn’t that hard compared to the last enemy. Remember that she can call her two dogs again shortly after defeating her so keep that in mind.

Heading more to the north into the beaches is your next target. Hethlu is the same as the first enemy and is situated on a structure off the shore.

Same as the first enemy with the same move set so keep out of those AOEs and hit hard and fast!

Speaking of copy paste enemies the next one is the same as the second one. To the southeast is where your next target is.

Sendyrs is another ranged enemy that has mobs around her to act as meat shields. It’s up to you if you want to focus her down or defeat her mobs first.

Congratulations you now know where all of their locations are, now go out there and hunt them all down! Many thanks to ON Game for showing everyone all the named monsters in the game so far, if you want more information on where they are check his video here: All Monster Location – Tower of Fantasy – YouTube

READ NEXT: Tower of Fantasy: All 10 Locks Passwords 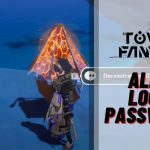 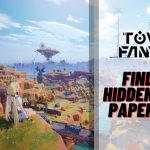