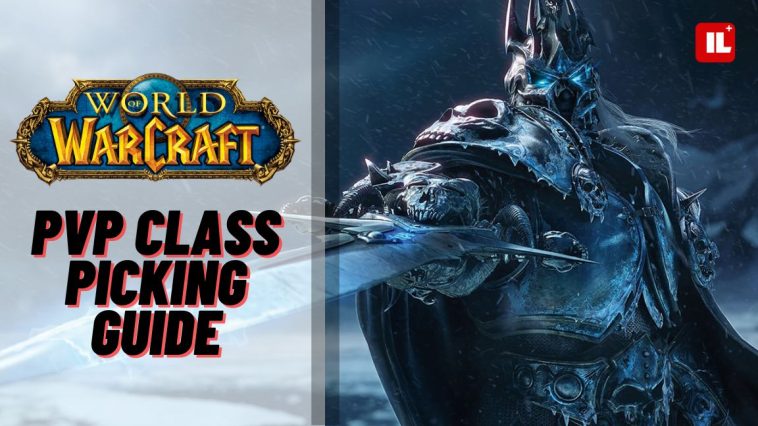 Move over world first raids and other quests with no quest markers, there’s a new hardest thing you can do in MMORPGs and that’s picking a name for your character. That and picking a class for the first time. Some people already have an idea on what to pick as a class, some want to be a warrior, or some kind of ranged DPS, some want to pick a tank or healer. Then there’s games that have different tanks, or DPS or healers and now you’re confused. Then there are some classes in games that can be both tanks and/or DPS, or a DPS and/or healer and now you’re lost. In this PvP Class Picking guide, we’ll show you what are the picks for PvP classes in World Of Warcraft.

Some of you might be wondering, World of Warcraft? Isn’t that an old game? Why yes, it is but they’re re-releasing the old game as a new game but slightly different and they’re calling it World of Warcraft Classic. Soon WoW is even going to release Wrath of the Lich King Classic and many people are excited about this. For those who want to start a new class or is starting out and want to go PvP then continue on. Here are some picks on classes that you might want to play.

There are two types of viable warrior builds in PvP, the Arms Warrior and the Protection Warrior with the former being more complex than the latter. If you want to deal high damage, high mobility and don’t want to chase enemies and just go up to their face all the time then the Warrior is for you.

The Warrior class can be quite complex though, especially the Arms Warrior because on top of different stances to worry about they also need to have a lot of macros for both his 2 handed weapon and sword and shield hits so that when they’re focused in fights, they can protect themselves. Don’t pick this class if you don’t want to worry about a lot of macros.

Like the Warrior, the Warlock has two viable specs in PvP, the Affliction and Destruction Warlocks. Despite being in the same class these two plays out quite differently.

Affliction Warlocks are great for people who want to have a lot of control over your enemy and dealing a lot of damage over time on multiple enemies at once until they’re overwhelmed by it and they die. If you don’t like focusing on multiple targets though or don’t want to play a squishy class then you can skip this one.

Destruction Warlocks are for the people that wants to focus down their damage into one target. Unlike the Affliction Warlock the Destruction Warlock deals big damage to a specific enemy or target. Paired with the Crowd Control of the Succubus and this can be a fun class to play. If you don’t want to be the center of attention and get targeted 100% of the time then don’t play this class.

There are three specs for Shaman in PVP, all of them have different playstyles to choose from, so it’s good to learn what they are first before picking this class up.

Elemental Shaman is for people who like to have high mobility, high damage, and have a bunch of utility like totems, wind shear, and healing. Like the Destruction Warlock though, most people will focus you down because of how much burst damage you can make.

Enhancement Shaman are for players who want to go up close and personal with the enemy. It excells at pressuring a target while having a lot of utility that the other shamans have like wind shear and totems. They do suffer from poor mobility when they lose their wolves.

Restoration Shaman are for players who likes an aggressive healer. They boast great heals as well as debuffs and wind shear along with mobility from wolves. They will be constantly healing the team as well as pressuring the enemy team. The downside is that they’re the squishiest healers in the game.

There is only one viable rogue build for PVP and that’s the subtlety rogue. You’ll want to play this if you want a very high burst damage and jumping in and out of stealth focusing on important targets in the enemy party. The class suffers from a high skill ceiling and one wrong move can easily result to your death.

There is only two viable builds for PVP as a priest, the Discipline or Shadow Priest.

Discipline priests boasts the fastest casting time in Wrath of the Lich King, as well as a great heals and massive pressure to the enemy because of dispels.

The Shadow Priest are for players who want to deal a lot of burst damage while also having some great heals. They suffer from not having anything to get out of a fight so keep that in mind.

There are 3 viable builds for Paladin in PVP, that’s the Retribution and Holy Paladin, as well as a hybrid of Protection and Retribution Paladin players call Preg Paladin.

Retribution Paladins excel in high burst damage as well as having great support skills for himself and the party. They also have dispels for most of the Crowd Control spells in the game. What they lack is any skill to close the gap on an enemy.

The Holy Paladin is the strongest healer in the game, having the highest healing as well as multiple ways to buff allies and dispel enemy effects. What they lack are any heal over time spells so they can be a quick target for burst spell casters.

The Preg Paladin is a hybrid class that boasts great damage as well as healing and protection making it a great allrounder class. The downside is that you need to get specific and proper gear to be effective as well as the RNG nature of their damage.

The most common builds in PVP for the Mage is the Frost and Fire Mages.

The Frost mage is for players that like setting up a window to deal massive damage as well as having great defensive and crowd control spells. Like what you would expect they are extremely squishy.

The Fire mage focuses on damage over time, great damage and good mobility. They use instant casts to keep the damage up, although they are susceptible to damage as well.

The greatest build for Hunter in PVP is the Marksman Hunter. A very difficult class to master due to their huge tool kit. The hunter excels in having consistent damage, a hit and run gameplay and a pet that can keep you and your team alive. Beware as the hunter has a high skill floor because you’ll be juggling both your skills and your pet.

Restoration Druid specializes in mobility, heal over time as well as being the healer with the most crowd control. They have a large set of skills at their disposal which can be a detriment to new players due to how difficult it is to learn.

Feral Druid has the highest burst damage as well as a high mobility. They can also shrug off every slow in the game making it a fast paced hard hitting class. They do have a high skill floor and needs a lot of skill to be effective.

The most common build for Death Knight is the unholy Death Knight. The Unholy Death Knight has the highest raw damage in the game as well as great defensive abilities to defend you and your team from spellcasters. When their spells are in cooldown though they suffer from no gap closing abilities.

Congratulations, those are all the classes you can viably play in PVP! I know it’s a lot and you might have to jump from one to another to know what you really want. So, take your time to find the best one for you.

READ NEXT: Lost Light: How To Win Ranked Matches Guide 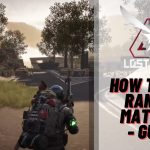 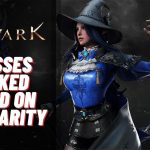