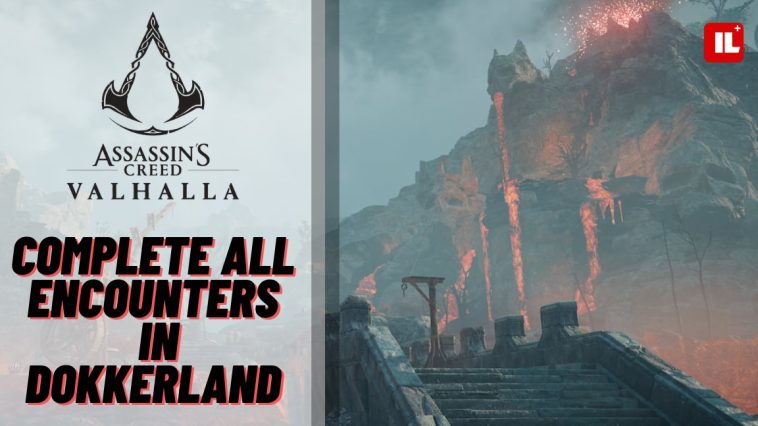 Encounters in the Forgotten Saga are sort of rewards that you get for upgrading your character. This can be in the shape of health, ability, weapon, and sometimes even random loots rewards. Let’s see where to find all encounters in Dokkerland.

To be able to get to all encounters in Dokkerland and actually get through them you will firstly need to unlock the Rope Lines to get there. You can do this very simply just by completing the quest called Dark Dealings.

It is going to be available only after you’ve defeated the First big Boss that you’ll encounter. You can find it on the Second Island(or the most top right corner one).

Here on this highlighted location in the picture above you will run into an NPC named Dani the Dead One. He is going to give you a somewhat of hidden quest that doesn’t show up on the map. It is called the Dark Dealings and its main objective of it is to free his crew.

To liberate his people, you must first find and loot a key. Because everything in this DLC is practically random, the true answer to the issue of where this key may be placed will be difficult to determine. You may discover it by killing any guards on the second island, however, the most important and robbed spot for this key is located here:

Go back to Dani and give in the quest. Now you will have the Rope Lines unlocked and ready to use.

There will be tons of enemies around the blue ray location. Take all of them out. The second one is going to be right above the first one. They are sort of chests that you can break the chain in order to loot. In the first one, you will have a choice of 4 rewards and the second one is an Ability Bonus.

It is literally right next to the previous location just a little to the right. For the first one, you’ll need to kill an enemy leader that is in the middle of the camp. Take him out and Confirm the Kill. You will get an Ability Bonus. The second one is a simple chest that you’ll need to loot to get some rewards.

Again just make your way a little more to the right and you’ll get to the third Encounter Section. For the Health Upgrade, you will need to kill a mini-boss and Confirm your Kill on him. As for the Weapon upgrade, you will go to the south location and just activate the big stone sword in the ground. For the Ability Upgrade, it is a simple chest for looting.

Fourth Section of Encounters – One Location

Just move a little to the east again and go to the highlighted position on the picture above. You will have to kill a mini-boss yet again. He will be by himself but fairly more powerful than the others. Confirm your Kill on him too.

Just move yourself a little bit to the south and you will have a Health Upgrade, Weapon Upgrade, and an Ability Upgrade all next to each other. All 3 of them will be chests for looting surrounded by tons of enemies.

That should be it! Follow these steps and get some very cool rewards. Have fun! 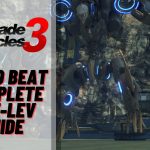 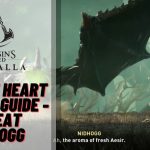