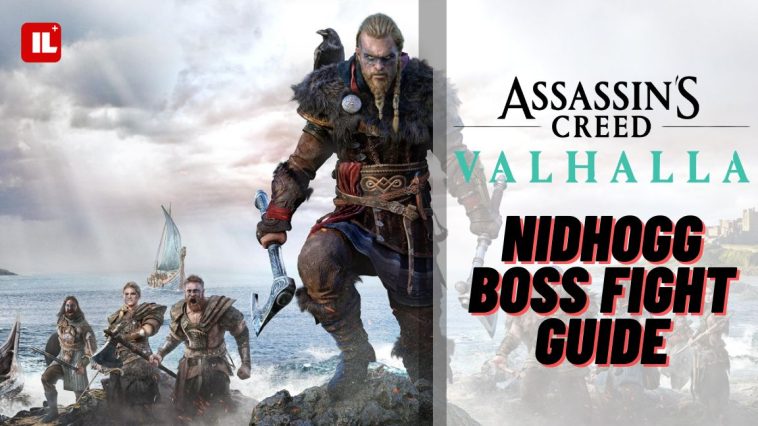 Remember when Assassin’s Creed used to be about the Assassins versus the Templars? Now, we’re fighting dragons. It’s not really a new thing, as Assassin’s Creed Origins had us walking through the mythical side of Egypt, and it was a wonderful experience. Now, we can explore the mythical side of the Norse as well. And what better way to do that than fighting Nidhogg, one of the deadliest dragons in all of Norse mythology? Yep, Nidhogg is a boss fight in Assassin’s Creed Valhalla, and he is as tough as they say. Fret not, because this guide will help.

To fight Nidhogg, you need to find him first. He can be found in Urtgardhr Rots, and once you enter, you will immediately see a wide, open area that just screams “boss fight”. When you get on the ground, a little cutscene will start playing of Nidhogg wanting to eat you. No big deal, you’ll be fine. Just got to knock him upside the head and get along with your day.

When the fight starts, you will notice that Nidhogg has four little health bars under the big orange health bar. Those represent his legs, which you need to take out in order to damage the larger health bar. You can attack them with range attacks, but it will do little damage. It’s recommended to get up close and personal and attack with melee attacks to do more damage.

However, Nidhogg is a large creature, and he will be able to hit you easily. He can also leave acidic spots on the ground, which damage you if you step on them. Nidhogg will fly around to avoid you attacking his legs, so be sure to wait till he lands before rushing.

Once you do enough damage to his legs and he falls down on the ground, Nidhogg will be vulnerable to attack by his neck, which is indicated by the glowing light. However, Nidhogg knows this as well, and he will shoot fire out of his mouth to keep you away. Avoid the fire and dodge until you make it to his neck and start attacking.

Once you reach about halfway to his health, Nidhogg will enter the second phase. Again, you have to hit his legs in order to down him so you can cut down his real health. Nidhogg will also have new moves here.

One of them is Nidhogg stomping on the ground and summoning large acid to harm you. You can easily avoid this by dodging them. They are easily identifiable with the large red circles on the ground that will appear for a second before the acid comes.

Another attack to watch out for is Nidhogg spewing out acid all over the sides of the arena. This won’t alarm you at first, as you can easily stay in the middle where it’s safe, but that’s where he wants you. He will then charge forward, swinging his tail around. Your only hope is that you can dodge your way out of this, as this is an unblockable attack.

This, however, gives you an opportunity to attack his legs. When you get up, rush back to him and start swinging at his legs. With enough damage, you’ll be able to down him on the ground.

If you fail to down him though, he will then fly away to prepare for another attack. This time, he fires a laser beam-like attack that will poison you if you get hit. Dodging might save you, but you might get hit anyway. It’s important to have a ton of health stored here.

Once you reduce Nidhogg’s health to zero, he will fall to the ground, dead. But is it really over? Suddenly, you’ll see that he’s starting to glow, and these wraiths start spawning and charging you. Or so you thought. They will run past you and towards Nidhogg. It’s futile to kill them, as they are too many and they are spread far from each other.

Once the wraiths reach Nidhogg, you need to back away. Because Nidhogg is now resurrected and ready to fight again. The good news is, his main health is only back up to half, and you can blow wind at his legs and he’ll crumble back down. However, he will be able to call for reinforcements this time, so watch your back.

Fight like you normally do and avoid the wraiths, you will eventually down Nidhogg again and attack his neck. Once you get his health back down to zero, Odin will brutally cut Nidhogg’s neck until he dies, signifying your win. You will then get the Death-Speaker Trappings, and a giant dead dragon body. 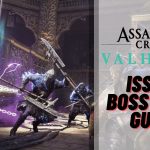 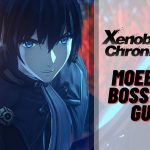