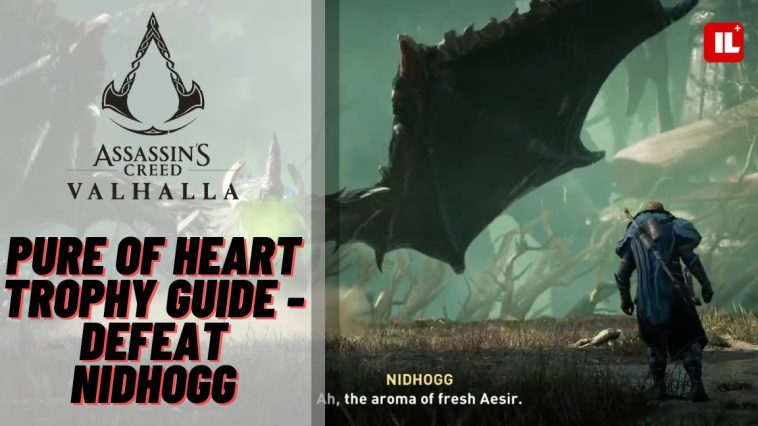 Defeating bosses in AC Forgotten Saga is one of the most fun experience one assassin can have! But imagine doing it without healing? This is a very good test for testing how good you are at the game. You will also get the Pure of Heart Trophy for it. Let’s see if you really can’t heal yourself and how to take down all the bosses.

Preparation for the Pure of Heart Trophy

Before you start this very difficult endeavor you will need to arm and prepare yourself. A very good thing to have with you are Nar’s Favors. The 2 recommended ones for this challenge are:

These ones are very good for recovering the weapons, shields, and abilities that you had at the end of your last run. The Hammer Throw Ability is also very handy.

The best Armor for this challenge and run will most definitely be the Dwarven Defender Armor. We have made a tutorial and a guide on how to obtain it yourself, assuming you haven’t got it yet. You can check it out here AC The Forgotten Saga: How to Get Dwarven Defender Outfit | Hel’s Treasure in Dokkerland Location.

This is a very good tip that not a lot of players know about before starting the challenge. You are not allowed to use the Elk Shrines for healing, but instead, you can go to the Merchant and get Elk Antlers. This is how you can heal up and still get the trophy and achievement.

Simply jump down from the ledge and it will begin. You will get 2 of the abilities and weapons that you have chosen alongside your starting gear after you get into the challenge. The most recommended thing to go for will be:

Be on the lookout for all of these because they will drastically change the odds in your favor.

The key is simply not using the Elk Shrine for healing. You can use the Elk Antlers and this achievement will still be achieved. Other than that, you will kill the 3 bosses that are inside and the trophy will be complete.

So you will need to play extremely safe and try not to take any damage. Fight the bosses as you would usually and after you defeat them all you will get the Pure of Heart trophy.

This will be an animal boss that will have extremely fast attacks and big dodge capabilities. You will need to be quick and stay on the running route around it. Use the bow to continuously shoot while he keeps attacking you with his leap. This way he cannot touch you while you’ll be doing tons of damage to him.

Keep dashing away and only strike when you can.

For this boss, it won’t be so simple because he does have lots of AoE attacks. This means that your bow will come in handy again. Once he starts jumping towards you, you will need to strike a couple of times then just dodge away before he strikes the area around him.

He does have lots of animations which will give you enough time to do a lot of damage to him without getting hit. Everything is about proper timing with Hlajmgunnar.

This is the final and most difficult boss out of each and every one of them. Let’s assume that you didn’t take a lot of damage in the previous ones, and also used some of the Antlers to heal up. We have to say this because taking some damage from Nidhoff is almost unavoidable.

Contrary to what you might think about this boss fight of running away and shooting from afar, you will need to go next to him and chase him around. Keep rolling around and dashing to stay behind his back. This way it will take him time to turn around and you can damage him. Get a couple of strikes on him and roll away to get to his other side. Repeat.

The best ability to use for this boss is The Hammer Throw Ability. You will deal a ton of damage to him if you’re aiming it at his neck.

Take out his hands first, then his legs, and then just damage away. In no time he will go down.

We hope this guide was of some help. Go ahead and give it a try and congratulations on unlocked yet another Trophy! 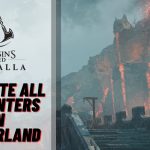 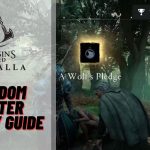