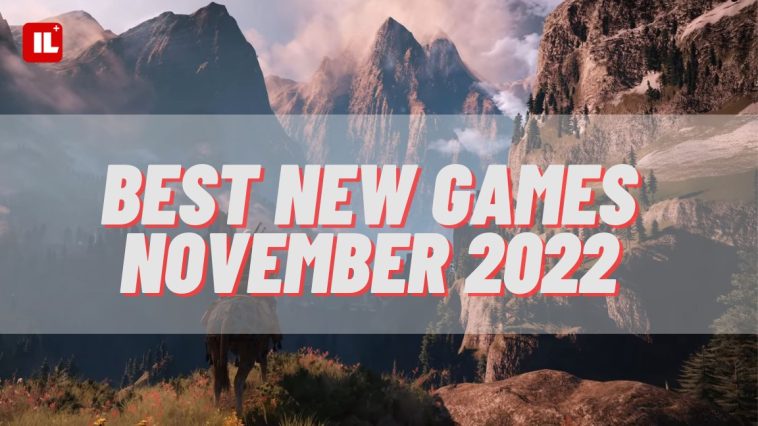 The year 2022 has been a pretty good year when it comes to gaming. We have had our fair share of ups and downs, especially in the first half of it.  But now in November, we can say that most of the games that have come out are a blast. We are getting an improvement on some of our favorite games as well as a possible game-of-the-year title!

In this article, we will be giving you a list of all the best new games that have come out or are set to come out in November 2022. Let’s get started.

The two odd friends have prepared and armed themselves with lethal weapons in anticipation of their imminent battle with all the Norse gods. Kratos has regained his powers and the Leviathan Axe and Blades of Chaos. And Atreus has several unique skills that stem from his genuine heritage. The beautiful but dangerous environments provide our heroes with unique difficulties that will both test and deepen their friendship.

It is definitely a Game of the Year because it did so many things that the 2018 title lacked. Simply everything that this game brings to the table is fantastic and it is worth a try no matter whether you are a God of War player or a newcomer.

If you are interested, we have made a review where we cover it in-depth. Also, if you are a player of it, you can explore our many guides where we cover basically everything this game has to offer.

Bringing a whole new map, weaponry, and automobiles to PC and consoles, Call of Duty Warzone 2.0 is a major update to the popular battle royale. From the bottom up, next-gen technology was used to create Warzone 2.0, and the game’s structure and architecture were inspired by the events of Modern Warfare 2.

Players engage in simultaneous combat throughout a brand-new map named “Al Mazrah,” which includes a variety of environments, including a port city, a depot, a desert, a mountain range, a cave system, an industrial district, and a sprawling metropolis. Big, exciting, and worthwhile are all words used to define Al Mazrah.

There are many things to know about this fast-paced game. So to stay ahead of all the enemy players you can always check out our guides for it.

Is Goat Simulator 2 missing? Actually, the answer is no. Goat Simulator 3 is just what occurs if some jokester programmers decide it would be amusing to play a practical joke on the gaming community. If you didn’t notice, they omitted the number 2. Whatever the case may be, a prank like that fits in well with the tone of Goat Simulator.

The player takes control of a goat in this semi–sandbox game, with the goal of racking up a high score by completing destruction-oriented goals. The game’s four–player cooperative option promises to significantly up the enjoyment factor.

It is a very fun experience and we definitely recommend not taking it seriously. In fact, you can see our in-depth review of it as well as our many guides covering it.

After Peter Parker’s breakthrough earlier this year on PlayStation, the Spider-Man best–selling game’s expansion featuring Miles Morales is now out and available for PC. In the exact same city, Miles Morales joins a Spider-Man who fights a separate set of villains.

This amazing game is just a release on the PC. So if you are a PC gamer you should definitely give it a try and we are always here to help with our guides.

The announcement and release of a new main series Pokemon game is always met with joy. While Pokemon Scarlet and Pokemon Violet will follow the open-world trend established by Pokemon Legends: Arceus, they will stay true to the tried–and–true formula that has won gamers over for decades.

You can play with a plethora of fresh Pokemon, some exciting new mechanics, and a huge adventure over a brand-new territory modeled by the sunny plains of Spain. If you ever need help catching a Pokemon we are always here to help!

In this game, you take on the role of Jesse Rentier, a vampire hunter tasked with keeping the wild American frontier safe from otherworldly creatures and outlaws. The game’s harsh foes evoke memories of the original Dark Souls games, while Devil May Cry’s combo system and God of War 2018’s camera position and melee finishers are clear inspirations.

You throw caution to the wind and fight an otherworldly army head-on. You’ll be using a six-shooter, a rifle, and a flamethrower in your bloody campaign against every kind of demons and other vampires.

We will be covering this game when it comes out so be sure to stay put for our guides that will help you out a bunch!

The release of Sonic Frontiers is part of a yearlong celebration of the blue hedgehog’s 30th anniversary, which has included many additional announcements, events, and newer games.

The “Open Zone” journey means that the world is wide open to free roam and includes a unique blend of 3D platforming over a variety of settings and action-adventure gameplay, along with a wide variety of obstacles, riddles, and hidden items to uncover.

It is a very good Sonic game that will give you both a nostalgic feeling as well as a brand new fresh experience. We have many guides if you do need some help with passing some of the hard levels.

As a result of consistent content additions, over two decades after its initial release, World of Warcraft remains a staple of the massively multiplayer online role-playing game genre.

When it releases on November 28, Dragonflight, World of Warcraft’s ninth expansion, will continue this trend by adding a brand-new playable race, a new class called the Evoker, dragon mounts that can be customized to your liking, and much more.

For checking out our guides just in case you managed to get your hands on this expansion, or better yet, you’re waiting for this expansion to come out, we have done many guides where we cover a lot of things to get you ready for the release date.

The grimdark Warhammer 40K world is at its finest in Darktide’s co-op campaign, where you and your allies take against a swarm of nightmarish space monsters. Darktide, developed by the same team responsible for the Vermintide series, puts yourself and a maximum of 3 pals in charge of defending the Imperium.

When you face the powers of Chaos, you’ll be facing up against harsh action, an overwhelming number of foes, and a plethora of powerful weapons. So far the stuff that we have seen from this game makes it look very promising so we can’t wait for the release date.

If you do need some help with the game’s release and more info about what the game will function like, we have covered it a bunch with all of our guides.

Harvestella is an innovative take on the genre of farming simulators. We’re well aware of the glut of similar games recently released, but anybody who would write off this game only on the basis of its category would be making a huge mistake. If you’re a fan of Final Fantasy or Rune Factory, you’re going to want to check out this game, although it does have its issues.

You can see our review to see our thoughts about it as well as our many guides for helping you.

Yes, good old Gerald is creeping up to surprise everyone yet again! There is a Next Generation Update that is coming for the beloved game of the year – The Witcher 3.

If you waited for a reason to play and come back to this masterpiece of a game, with this update it will be better than ever. It is coming out on December 14th but we couldn’t simply skim past this since you are looking for the best new games and updates.

That’s the list of all our favorite games that came out or are set to come out in November 2022. We hope that you agree with us and that you like them too. What is your favorite game of November so far? Have fun playing them! 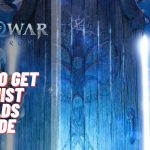 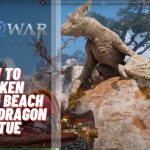