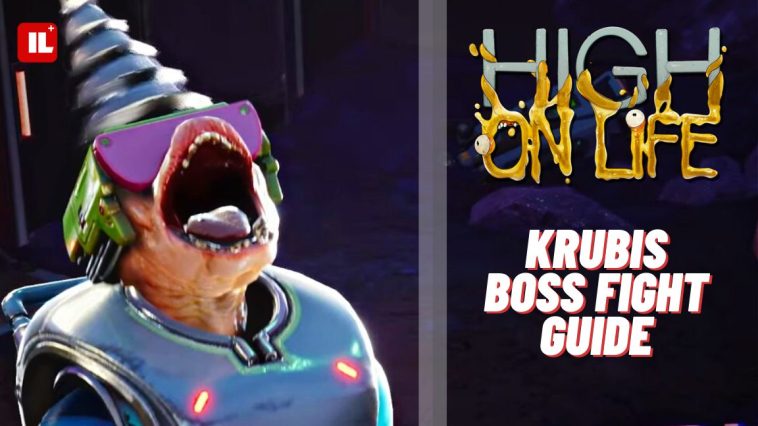 From the co-creator of Rick & Morty comes an FPS game that’s not like the others. Mainly because your gun talks to you, and also your character is completely sane for the most part. High On Life is an interesting take on the FPS genre which differs from mainstream FPS by not taking itself seriously. No geopolitical world-wide threat to stop, no depressing story to follow, just silly and fun characters and shooting things. The game features all sorts of interesting enemies for you to shoot as well and that includes bosses. In this guide we’ll show you how to defeat one of them.

At one point in the game you’ll have the Bounty against Krubis, this boss is challenging both mechanically and because some users report that this boss can be a bit buggy. The boss fight starts with Krubis usually shooting at you then going to the ground. He’ll be popping in and out of the ground around the arena which makes it a pain to shoot at him.

He will also fire fiery disks that bounces around the walls of the arena so keep that in mind when dodging them. He also shoots a shotgun when you’re close so keep your distance when fighting him.

When his health is low enough he’ll summon minions. After the minions are dealt with a number of lasers will appear and each laser will have a chance of Krubis shooting through it, damaging you when you’re on the path so stay away from the lasers.

This boss battle can be a bit buggy with Krubis sometimes getting stuck in the gate or inside the walls when doing the drill move with the lasers. If you can’t reach him then the best you can do is restart from the last checkpoint.

Congratulations you now know how to deal with this boss in High On Life, now go out there and try to beat them! Many thanks to 100% Guides for showing everyone how to do this, if you need more information on the subject then go check their video out here: High On Life Krubis Boss Fight – YouTube 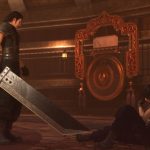 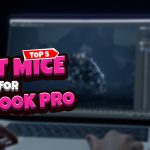