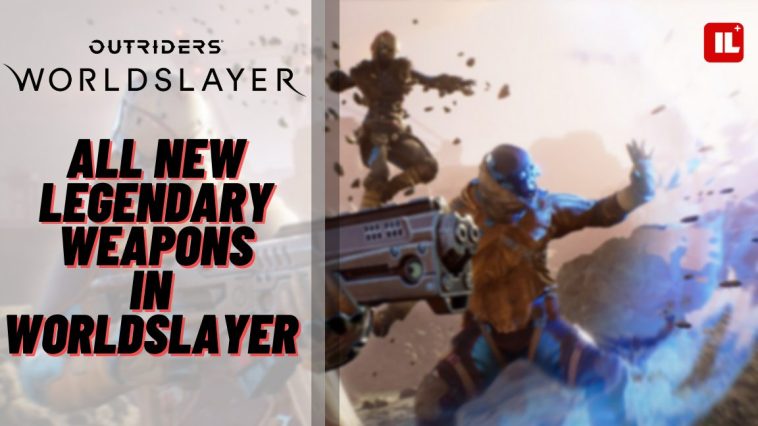 We have discussed armor, important preparations, and builds. It is time that we finally dip our toe into the new legendary weapons in Outriders Worldslayer DLC. There are some new weapons added with this DLC, brand new legendary assault rifles, shotguns, pistols, and auto sniper rifles.

Let’s get into the details!

There are a total of 9 new legendary weapons in Outriders Worldslayer DLC. In details there are 5 new assault weapons, 2 sniper weapons, 1 shotgun weapon and 1 sidearm.

Deathscape is an assault rifle that looks gnarly and is fitting for Technomancer class. Tier 3 mods it has is Stigmatized which inflict toxic and mark the enemy for 5 seconds. Upon killing, the enemy will explode and deal damage in a 6-meter radius and marks the enemies caught in the explosion. Grand Opening is also its tier 3 mods which gives you exploding bullet on the first hit of the magazine.

Charred Lance is a double gun assault rifle with Death Ray and Judgement Enforcer as its mods. Death Ray forms an Anomaly beam upon aiming down sights that deals damage every 0.3 seconds, pew-pew. While Judgement Enforcer shots marked enemies and deals 10x weapon damage when reloading.

Final Penance – a double gun with Mage’s Rage mods that gives you a total of 40% Anomaly Power bonus for 10 seconds. Along with Ravenous Locusts that shots a swarm of locusts that inflict weakness which last for 6 seconds. Very fitting for Anomaly build!

Mythos is a light machinegun with an overpowered tier 3 mods Omen. Omen launches a cover-piercing Anomaly projectiles that inflicts bleed, deal damage and applies a status that increases damage received by 30% for 3 seconds.

Sunfall is a submachine gun fitting for Pyromancer. Comes with a tier 3 mods Firestorm and Life and Death. Firestorm successful shots summon a homing firestorm that deals damage and inflicts burn to enemies over 8 seconds. While Life and Death restores 20% of max health upon landing a killing blow. A way to keep a squishy Pyromancer up on his feet.

Thunderclap – an automatic shotgun with Nikola’s Revenge and Concentration Blast tier 3 mods. Nikola’s Revenge lets your bullet link up to 5 enemies within a 4-meter radius and damage them for 2 seconds.

Well, these are the new 9 legendary weapons that has been announced. We sure are excited to try these weapons in Worldslayer DLC. 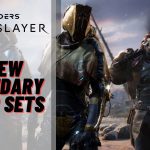 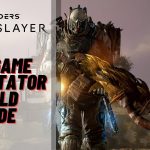