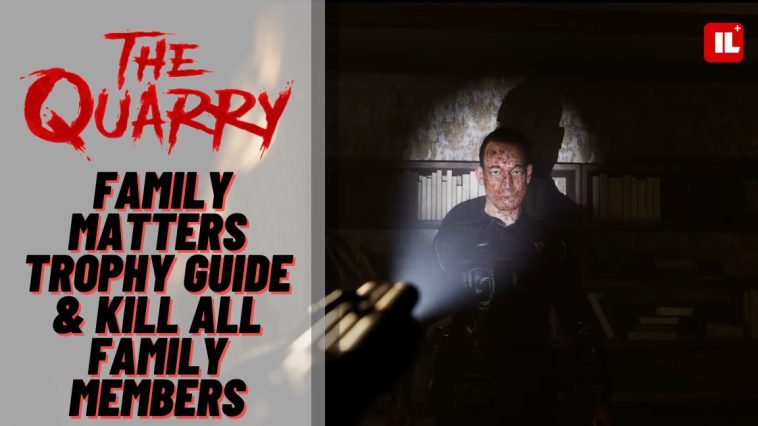 The Quarry is a story-driven game where absolutely anyone can stay alive or be killed. How the story unfolds is entirely up to you. There is also even an option on killing all of the baddies in the story. This guide is about it, and how to get the Family Matters Trophy. Let’s get started.

First of all, you will take care of Constance(she is the old Woman). It will be possible in Chapter 9. Here you will get into a big confrontation with her and you’ll need to mash the X/A buttons to be able to shoot her.

The next one on the list is gonna be Bobby. For this, you would have had to previously not remove the knife that Bobby used to stab Ryan in the stomach area. Leave it inside your body. Then you will use it when Bobby comes near you and you can use his knife against him.

You’ll still control Laura in Chapter 9 when she will confront the Old Man(Jerediah). Choose the Attack option to kill him while he will be laying on the ground. Mash the buttons and his neck will snap.

Now we come to the scene where Bobby will get stabbed with a knife by Ryan. So make sure to do what is written above.

This next step is right after the Bobby stab. Laura will come next to injured Ryan. While he is laying on the ground, choose the Decline option for Laura not to bite him.

This is crucial now. When you will be playing as Abigail in the basement(which is still in the Chapter 9), you will have to look around and pick up the Silver Bullet from the ground. This is going to be used later to take care of the family members. It’s gonna be right next to the fuse box.

Later on, in the same chapter, there will be a sequence where Ryan and laura will crash and fall down the floor. Here you will have a shotgun. Make sure to use it and shoot at Chris while he’s in Monster form.

Immediately after this Ryan will die. Now you will have to play with Laura and successfully finish all the QTE to get the shotgun before Travis does. Once you do this, you can go ahead and take care of Travis. Shoot to kill.

During Chapter 10 now, you’ll control Kaitlyn. You must make sure that after choosing the Beam or Window option to run away you will choose Run and then Investigate. This will make it so that Kaitlyn will pick up the silver bullet(that you picked up before with Abi). This will open the road for killing Caleb later on.

You will unlock and achieve the Trophy only after talking to Eliza at the end. Congratulations on killing all of the Family!

ALSO READ: The Quarry: Should’ve Gone to the Motel Achievement Guide | How To Reunite Max & Laura 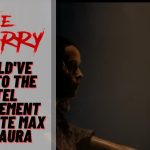 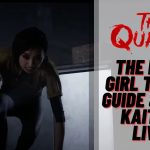