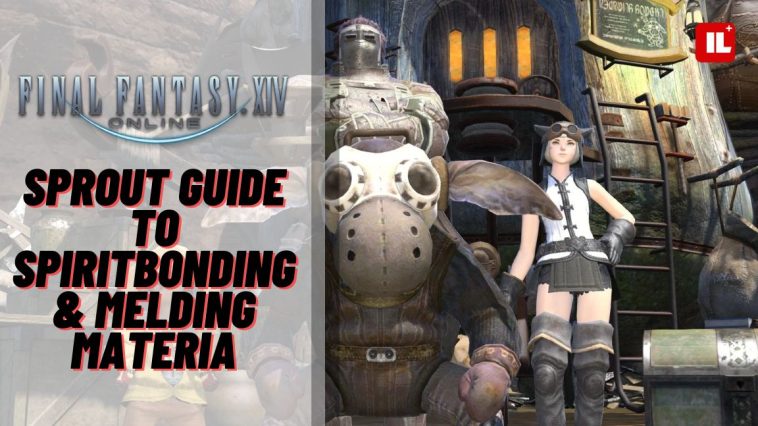 Gear in MMORPGs can stick with you for a long time. Maybe the gear is really good stat-wise and you haven’t found anything better yet. For some they like their gear’s look and don’t mind the suboptimal stats. Some other players keep certain gear with them as a reminder or memento to how they got it, like from a close friend or from a difficult raid. In Final Fantasy 14 there is also another reason why gear sticks with you for a long time, and that’s because the gear gives you something in return! Let’s find out more on Spiritbonding & Melding Materia.

While playing Final Fantasy 14 you’ve probably noticed that there are circles on your gear when you hover over them. You may also notice something called “Spiritbond” with a percentage next to it. Spiritbonding increases when you gain XP while equipping that gear.

For example, when you fight monsters, do raids, do quests or craft gear, the spiritbonding percentage will go up.

If Spiritbond is at 100% then the circles on your gear will fill up, that means you can now extract the materia from it by right clicking on the gear and choosing extract.

Spirit Bonding must be unlocked by doing a small quest in Central Thanalan from an NPC called “Mutamix Bubblypots” that will teach you all about it.

Materia are items that you can use to boost the stats of your gear. These can range from stats that you need for fighting like critical or healing or it can be stats that help you gathering or crafting. As you can tell this can be a great way of making your current gear better in every way.

There are currently 10 ranks of materia, with the last two being introduced in Endwalker. From what you can guess, there are a lot of materia with different bonuses, and sometimes you don’t get the ones you want. That’s why there’s another way to get materia!

Anthoclusters are items you can exchange to get the exact materia you want. You can get these through max level Daily Roulette: Leveling, Expert Dungeons, Hunts. Beast tribe currency is to buy Materia as well. You can also buy Gathering and Crafting Materia using scrips. If you’re also filthy rich you can just buy them in the market!

Now that you have the Materia you want, how can you put them into your gear? Well, you either need the proper crafting level to meld certain materia ranks, or have a friend to do it for you! You can just right click on someone and request melding from them.

If you don’t have friends then there’s also Materia Masters in every major city. They can meld gear for you, for a price.

Congratulations, you now know how to spiritbond and meld! Now go out there and try it yourself or ask your friend to do it! Many thanks to Fierceblue for making a guide for the sprouts out there on this subject. If you want to know more of the advanced stuff you can check his video here: What THE HECK is Materia anyways? The Sprout Guide to Spiritbonding and Melding Materia in FFXIV! – YouTube 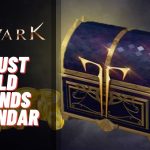 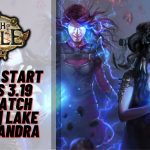