Fans have wondered if such a game will feature a Horde Mode. After all, anyone who knows anything about Starship Troopers is that it’s Humans vs Bugs. A whole swarm of bugs.

Starship Troopers Terran Command: Is There A Horde Mode?

According to a Twitch stream on Slitherine’s official Twitch channel dated 9 months ago, Marco A. Manoli, the marketing director, was repeatedly asked if Starship Troopers: Terran Command will feature a Horde Mode, or feature a slider that will function as an increase of how much bugs will spawn.

Unfortunately for the fans, Minoli goes to explain that creating a Horde Mode for would take a lot of work to program, thus the game will feature no Horde Mode, or any sort of unlimited defense mode.

This is a missed opportunity for Slitherine and the game, as Starship Troopers’ Arachnids are depicted as an infinite swarm of bugs that will rip humanity to shreds. Fans are understandably upset and disappointed at the lack of a challenging mode that is also lore friendly. However, we should not sweep the possibility of a Horde Mode under the rug.

Developers today often update games when a demand is heard by the fans. The developers acknowledging the demand for a Horde Mode is a good first step. It means they know what the fans want, and that it will be a good idea to include it into their game. After all, Minoli did say that it would take a lot of hard work. He did not say it’s impossible.

So chin up, Starship Trooper fans. A Horde Mode may not be available on launch, but the possibility is still there, as long as Slitherine knows it’s a want by fans. 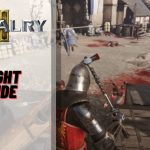 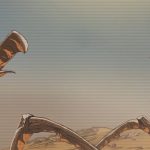