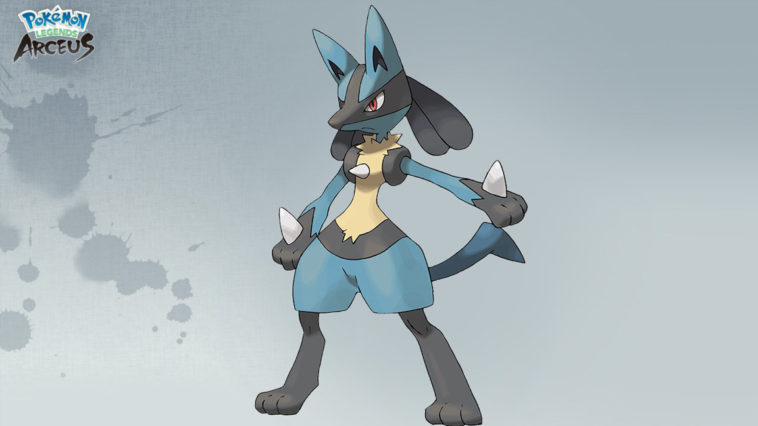 Lucario is the second most popular Pokémon overall according to a poll the Pokémon Company did back in 2020. Whether it’s because it’s an Aura Pokémon, capable of understanding and sensing the thoughts of its opponents, thus making a force to be reckoned with, or because Lucario is an incredible fighter, able to go against the likes of the legendary Pokémon Mew in the Pokémon movie, Lucario and the Mystery of Mew, or it’s because fans simply think Lucario has a really cool design that makes it look like an Egyptian god.

It’s no surprise that this Sinnoh region favorite is wanted by many in Pokémon Legends Arceus, so fans immediately embark on a journey to add Lucario to their party.

With this guide, we’ll show you the different ways you can capture this popular fighter.

How to Get Lucario Guide – Pokémon Legends Arceus

There are two ways to get Lucario added to your roster. Though both ways require a good amount of effort in doing so. The first way is to capture a Riolu, Lucario’s pre-evolution form.

Riolu is located in the fifth area, the Alabaster Icelands, which is unlocked after progressing through the story after defeating the fourth Frenzied Noble.

Once the area has been unlocked and you’re at the starting campsite, you’ll need to head west and use the Hisuian Sneasler item to scale up the mountain.

After getting yourself up to the top, you’ll need to keep moving forward until you reach Icebound Falls. Continue down the valley pathway until you find Riolu, but watch out for wild Pokémon along the way.

The best way to capture this wild Pokémon is using stealth and lots of Ultra Balls for a better chance.

You can engage the Pokémon in battle, but Riolu spawns at level 45, sometimes higher. If you don’t have any Pokémon near that level, stealth is key.

Once Riolu is captured, the next step is to evolve it. The best way to evolve Riolu is to keep it in your party while you battle other wild Pokémon or catching them. Rest at campsites until the morning and eventually, your Riolu will evolve into a Lucario.

The second way in getting a Lucario, is capturing an Alpha Lucario. This will be a lot more challenging that the last, but if you want to skip the evolution process, this is your best bet.

Alpha Lucario can be found after climbing the mountain, but instead of going down the valley, you head left and use the Hisuian Sneasler to climb up a frozen waterfall.

Follow the path to the right until the top until you reach the enraged Pokémon. I recommend using stealth once again as Alpha Lucario is a formidable opponent, and use tons of Gigaton Balls directly at its back for a better chance. 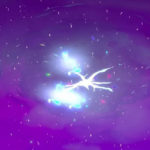 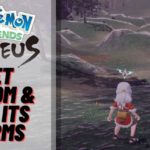