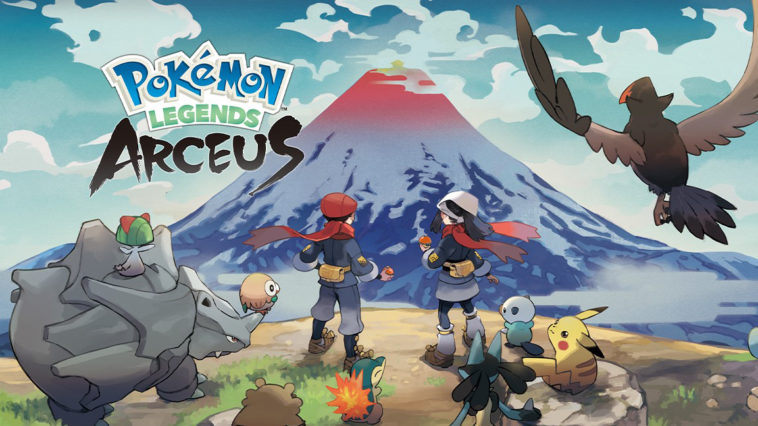 Pokémon Legends Arceus offers a lot of side missions called Requests. Most of these are just fetch quests or you have to battle a Pokémon or capture it. This particular Request is a mix of both. The Charm Lost in the Swamp is Request #40, which a man named Yojrio drops his charm while being chased by an Alpha Hippowdon in the swam. Here’s how to complete it.

The Charm Lost in the Swamp Guide – Pokemon Legends Arceus

To start the Request, you’ll need to head to the Crimson Mirelands. Once in the area, the Request is located in Bogbound Camp, where Yojiro resides.

Yojiro is wearing red clothes and a straw hat, so it won’t be hard to find him.

He’ll tell you about how he was on his way to camp, when an Alpha Hippowdon comes chasing him through a swamp, causing him to drop his charm.

Accepting the quest will then bring the next objective, which tells you to find the charm in Crimson Mirelands.

It’s a pretty wide area to search, but luckily, we’ve found the specific spot where the charm is located.

Yep, that’s the charm you’re looking for. It’s pretty hard to miss once you’re in the area, as it sparkles very obviously. If you are still having trouble finding it though, an easier way to locate the charm is by going at night, where the sparkle would shine brighter in the dark.

While you do find the charm, you also find a Hippowdon guarding it. Fortunately, this isn’t the Alpha Hippowdon that was chasing Yojiro earlier, so this battle won’t be too hard.

Have water or grass type Pokemon to make the battle easier.

If you don’t have a Hippowdon added to your Pokédex, now would be the perfect time to capture it.

Once you’ve either captured or defeated the Hippowdon, Yojiro shows up and grabs the charm. He then thanks you for helping him and promises not to lose the charm again.

After the cutscene is done, the Request is completed. The rewards for completing the Request are 5 Iron Chunks and 1 Grit Gravel.

ALSO READ: Pokémon Legend Arceus: How to Get Drifloon Guide 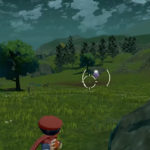 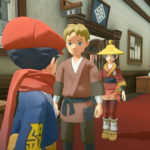