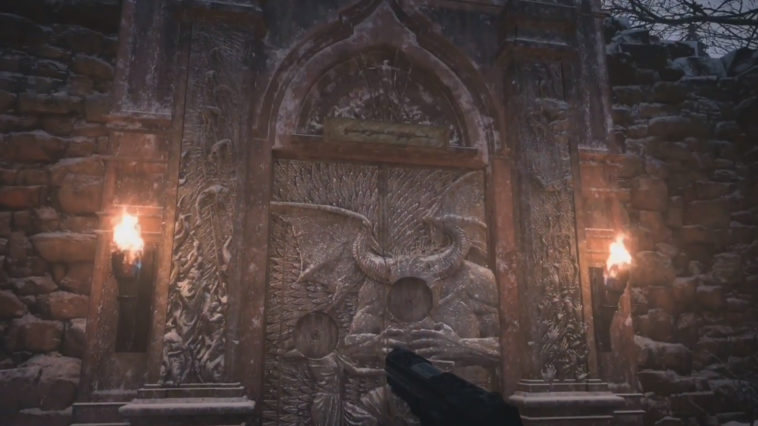 The two missing pieces on the castle gate are two crests. They must be placed inside the gate, and then positioned correctly in order for the gate to open.

When standing near the gate, look to your right. You should see a small hut/house. Go inside the property through the main metal gate in the front. Then, go inside the house, and you will find the first crest to your left, on a small table in front of the bizarre painting.

For the second one, go behind the first house that you went in. Take the pathway that goes down, and follow the same path, until you reach a huge metal gate.

The metal gate will be locked, but on the right, you will see a small shack on the right of it. Enter the shack, and after the mini cutscene, jump through the window to the back of the shack. Climb onto the platform on the left of the window, and then jump the wall.

Unlock the main gate so that the characters from the shack enter the premises. Continue playing through the story, and when it is time, search for the truck keys. The truck keys are located in the kitchen, in a drawer under the sink.

With the keys, you will also get a screwdriver. Play through the story, until you get outside.

When you’re there, walk up to the small structure next to the big metal gate that you opened for the NPCs to go in. Unlock it using the screwdriver from the house. Inside, you will find the second crest.

After you have both crests, go up to the castle gate, and then place both parts in the gate. Move them to a position where the carvings lineup with the door’s carvings.

When they’re properly positioned, the castle gate will unlock!

READ NEXT : Resident Evil Village: How to Get LZ Answerer | Lightsaber 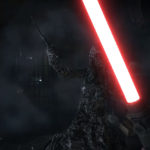 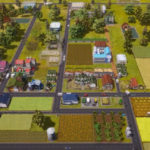