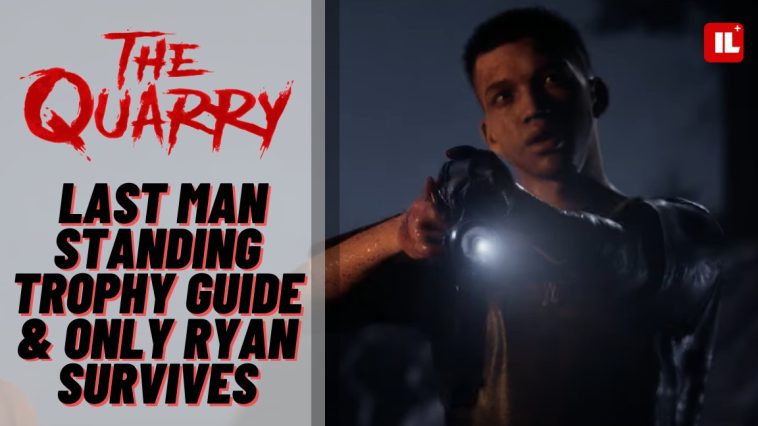 The Quarry is a beautiful story-driven game where you get to lead and choose the outcomes of the lives of all the 9 playable characters. In this guide, we will talk about how to get only Ryan to survive and get the Last Man Standing Trophy at the end. Let’s get started.

You will be able to start going for this trophy while in Chapter 4. Here at the beginning, where everyone is sitting around the campfire, you’ll hear lots of noises coming from the bushes. You will have to choose the Shoot option.

Then after the shooting cutscene, choose the Insistent option. A second shooting option will be unlocked then. You will keep hearing moving around the bushes and actually, you can see Jacob in the back, so just shoot again in his general direction.

Again while still in Chapter 4, you will take control of Emma. As soon as she enters the tree house choose the Open Trapdoor option. Yes, this will result in getting her killed.

Now we go into Chapter 6. Here you’ll play as Abigail and the whole sequence with Nick will go on. When the scene with the aiming gun starts going, you will simply have to be passive and choose not to shoot Nick. This will result in the death of Abi as well.

Now on to Chapter 7. Here there will be a big part of the chapter where you can free roam as Laura around the whole area. When you get upstairs, do not pick up the syringe. Simply go back into the cell from where you started, and choose to sleep.

Soon after when Laura starts acting sick Travis will run down and enter the cell to get his gun. Here you will have to do the QTE and select the Demanding option at the end. Now finally you’ll be able to shoot down Travis as well.

After, while in Chapter 8, wait for the sequence where Ryan and Laura will enter the red room with all the cages inside. Do not stop Laura while she’s thinking about whether to shoot or not to. This will result in Nick getting killed.

At the very start of Chapter 9, you’ll get a scene where Bobby stabs Ryan. After this, make sure that you do not pull out the knife from him. While leaving it inside, after a while you can use the same knife to stab Bobby later which in turn will prevent him from killing Ryan at the end of the chapter.

Soon after Laura will run up to Ryan while he will be hurt and laying down on the ground. You will have to Accept her suggestion of biting him.

Now while still in the same chapter, you’ll get to where Dylan will be controlling the crane. Simply choose the Sound Horn option when given, and fail all the QTE which will come right after. This will result in Dylan’s death too.

Then you will get to the scene where Laura and Ryan will fall and crash through the floor while running from Chris in Monster Form. When you get down, you’ll have a shotgun in your hands. Use it to shoot Chris.

This will make Travis kill Laura since he will hate her for what she did in the previous chapters(Chapter 7). Now just pick any option(Diplomatic or Aggressive) when given with Ryan and the key is to win the QTE and then shoot Travis in the end too.

At the very start of Chapter 10, you’ll control Max. This is very simple, just choose Swim to Shore and he will die when he gets to the Pier.

Then at the very end of the chapter, where Kaitlyn will encounter the monster with a gun in her hands. Choose the Wait option. This will result in her death too.

In the end, just talk to Elize and you’ll get the trophy achieved. Congratulations! 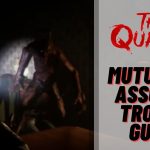 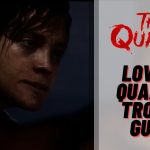