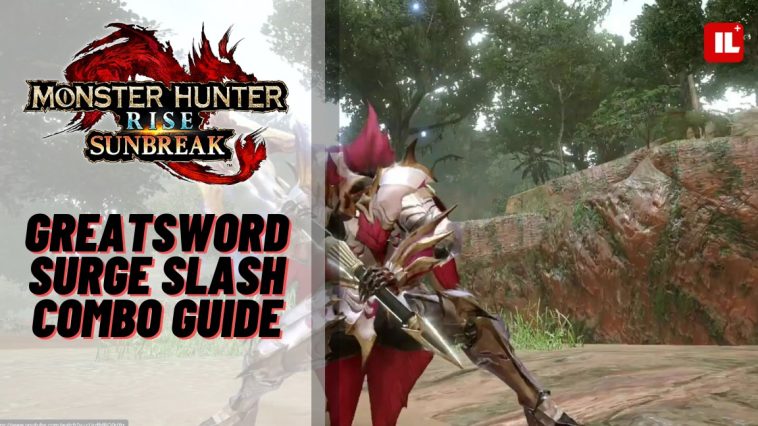 Monster Hunter Sunbreak is here and it offers very cool-looking and effective new moves that you can use against your favorite enemy monsters. In this guide, we will be taking a look at the Surge Slash with the Greatsword.

The Vertical Attacks are extremely good at just plain simple raw damage. If you want a hit that it does trick and doesn’t have anything more than that, well the Vertical Attack is it. You can do a double hit that will match and combo with your first one.

If you do instead wait for a second after the 2nd hit, and then do another hit, you take a slight step backwards and you’ll do an attack that will do higher damage. So this attack is good and able to reposition yourself while doing it.

The Circle Attacks have a very high multiplier on the Elemental Value. Not only that, but the second and the third hit will hit your target twice. On top of that, on the second hit, you’ll actually do blunt damage. That will cause some exhaustion kale upon your enemy, which is really handy in some situations.

The Horizontal Attack or sweeping(or the 3rd) one has Hyper Armor. You will have to time it right in order to get it right, don’t forget (this stands for all the attacks). While you will still take damage, it lets you take a charge off.

You can finish off with a sweeping attack if you think that you’re gonna get hit and still want to get that charge. You can also do a charge to back off or a simple maneuver and then strike back with a thee surge slash.

The Upward Swings are pretty neat because of the momentum they can give you. They will move you forward so if you feel like you need to gain some distance, I strongly recommend that you use this attack to get nearer to your target. You can also get a very good amount of damage with this attack. You can also do the full combo that ends with Rising Slash 3.

The speciality for this attack is that it has a very high heartbreak multiplier and plus the mobility is extremely well done with this attack.

You can combine these attacks into your own combos. That will really make this slash a very useful attack for taking down hard monsters. Here is a motion value of how much damage it does.

That’s about it from the combos and how to combine them. Have fun using them! Huge credit and a big thank you to Ygdrad from YouTube. You can check out his video here. 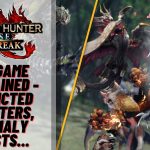 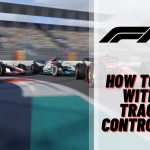