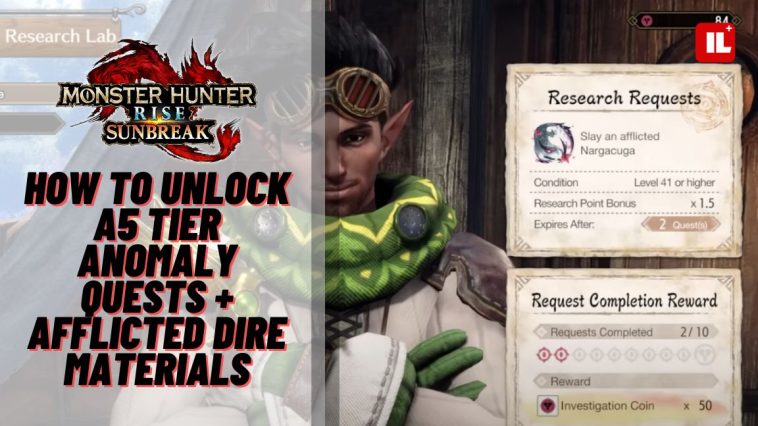 Monster Hunter has always had a nice solid character progression through a player’s equipment. The player himself doesn’t get stronger, but the weapons and armors they have do. That happens when a player beats a monster and gets the materials from them to craft stronger gear. It’s a great way to see how far a hunter has come when they are wearing the best gear possible. After the main game’s story though you might think that’s the end of it, but it actually unlocks a bigger part of the game with better materials out there. In this guide we’ll show you how to unlock A5 Tier Anomaly Quests.

At one point in the game after the main story you’ll unlock anomaly quests, these are quests to hunting monsters that are stronger and tougher to fight than their normal counterparts. These are called Dire monsters and they give better materials for the player to have.

This all depends though on your Anomaly level. When you check your hunter’s stats below your hunter rank is your Anomaly Research Level. At the start you’ll only get low level Anomaly Investigation quests. As your anomaly research increases so does the level of the quests and thus stronger monsters and better materials.

Speaking for materials there’s different afflicted materials you can get from different monsters. Good thing we have a guide here showing you which monsters drop what here: Monster Hunter Sunbreak: Visual Guide To Getting Afflicted Materials (itemlevel.net)

Another way to unlock things is through part breaks or harvesting while in quests, so get those glowing harvest nodes!

Now to unlock Tier 5 quests it’s quite simple. You’ll need to reach Anomaly Research level 80. Once you’ve done so you can talk to Bahari then talk to Chichae to unlock the quests.

Congratulations you now know how to unlock the Tier 5 quests in the game. Now go out there and fight those monsters! Massive thanks to Arekkz Gaming for showing players how to unlock the quest. If you want more information then go check out his video here: Monster Hunter Rise Sunbreak – How To Unlock A5 Tier Anomaly Quests + Afflicted Dire Materials – YouTube 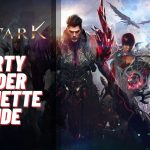 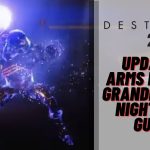