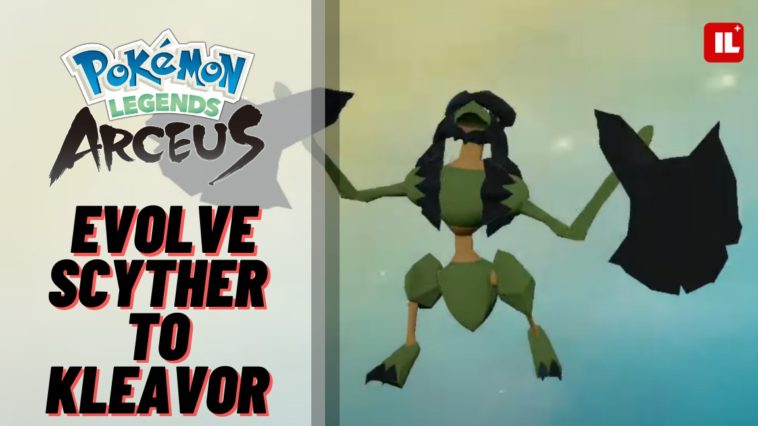 Pokemon Legends: Arceus rewards you with different items as you finish requests. Some of the items you get in the game can help with the evolution of some Pokemons. This guide will show you how you can evolve Scyther into a Kleavor.

You can catch a Scyther pretty early on in the game. You find a Scyther near the Grandtree Arena in Obsidian Fieldlands.

Scyther has two Evolution options and that is the Scizor and Kleaver.

You can find Black Augurite by randomly digging up treasures using the Ursaluna mount. You will also get it as a reward for completing a request called “A Nosepass To Guide the Way”. Once you have the item, use it on Scyther to evolve it into a Kleavor.

There is also a small chance for you to catch Graveler Pokemons holding a Black Augurite. 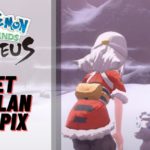 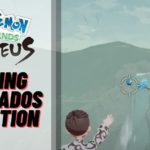