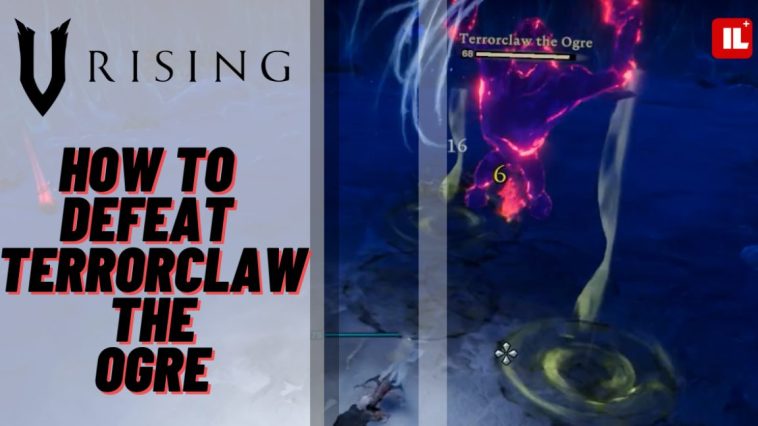 If you want to fight with a real tanky enemy that can stun you with almost every hit, go for Terrorclaw The Ogre. This monster is hidden inside a frozen icy cave and uses his environment against you. He is very powerful so make sure to read this guide on where to find him and the best ways of dealing with his strikes. Let’s get started.

You will need to progress through the story until you will unlock the Blood Altar building. Once you craft it, this will be the guide to every mini-boss in the game. You will need it for finding this Ogre as well.

Interact with it and you will see on the left side a list. Inside this list, you can see Terrorclaw The Ogre. He is a level 68 monster that is very tanky and does a lot of damage. Make sure that you are high enough level with well-equipped gear before you take him on.

You can press the Track Blood button and you shall see a blood trail that will lead to his general direction. You will know you’re on the right track when you see Tracking the blood of Terrorclaw the Ogre(I can sense my prey in the distance) on your left.

Unlike some other mini-bosses that you need to hunt down and chase after some whole regions on the map, Terrorclaw will be stationary and waiting for you in his lair. You can find it in the Hallowed Mountains inside the big Frozen Cave on the right:

It’s gonna be hidden deep beneath the snowy grounds but it is fairly easy to spot from afar. He will be sitting in the middle.

Be very careful of when he stomps the ground with both his hands. This will make the whole area in front of him frozen beneath and then explode with ice spikes on the top. This can damage and stun you if it catches you. You do have a second to run away from it though.

If he starts doing a stomping animation where he hits the ground several times around him, you can spot some circles appearing next to you. In these circles, some ice spikes from up above will hit the ground. So just make sure to notice them before you get hit.

He has a crazy fast long-range attack. He will pick and throw a frozen ice spike directly toward you. This can even break some of the environment so be wary.

His melee hit is fairly simple. It is very slow and gives you tons of time to dodge it. He can do a direct punch to you or a couple of swipes from the left and right. He can also make a leap toward you(but it is not a very big leap).

When he sends out wave ice strikes(should be 2-3 in combination) you need to embrace yourself. These are very hard to dodge so make sure to keep your distance. It can also freeze you if you get hit which means you’ll get hit a couple of more times instantly.

He can also jump high in the air and target you with a huge circle around you. Make sure to evade this because if he catches you it might be lethal. He will stomp the ground and freeze everything around him.

His biggest strength is his HP and his stuns. When he hits you, most of the time you will be stunned for a long while. So just be patient, keep avoiding him in direct combat and dodge any ice strikes he might send your way.

After he is down, walk up next to him and hold F to extract his blood and get his reward. Good luck!

ALSO READ: V Rising: How to Get Highland Lotus 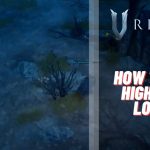 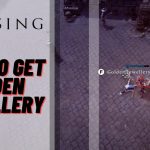