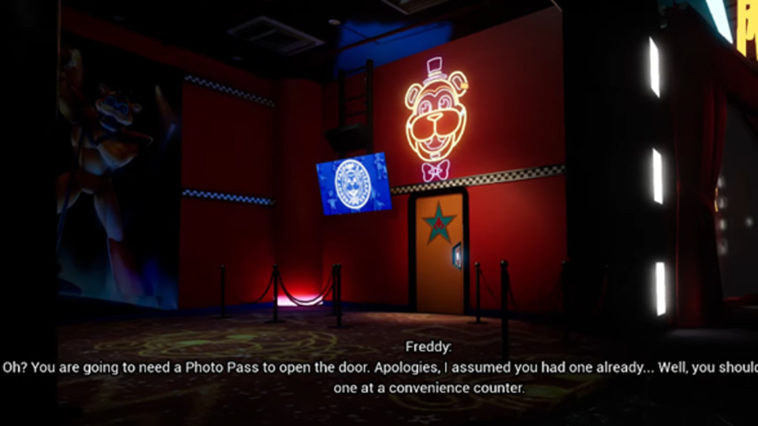 Whenever you think that you have seen everything from FNAF, the franchise continues to surprise us with new content and mechanisms. Take this task for example, Freddy needs a photo pass to be released from his room. Really, the life of a superstar!

So as mentioned, you will need a photo pass to open the door and release Freddy. Freddy will tell you that he thought you already have the card but well, you don’t.

So, where can we find the photo pass?

This task should not scare you because it is not difficult to find a photo card. Freddie will tell you that you can find a photo pass at the convenience counter.

All you have to do is head to the big green sliding door behind you. Open this and head inside.

When you open it, you will see in front of you a cut-out of Freddy saying “1 FREE PHOTO PASS”. Below him is a gift. Approach the gift and claim the photo pass.

Take the photo pass and open the door to Freddy’s room.

ALSO READ: Get to the Main Lobby of the Pizzaplex – Five Nights At Freddy’s Security Breach 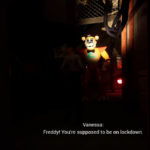 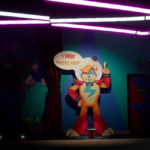